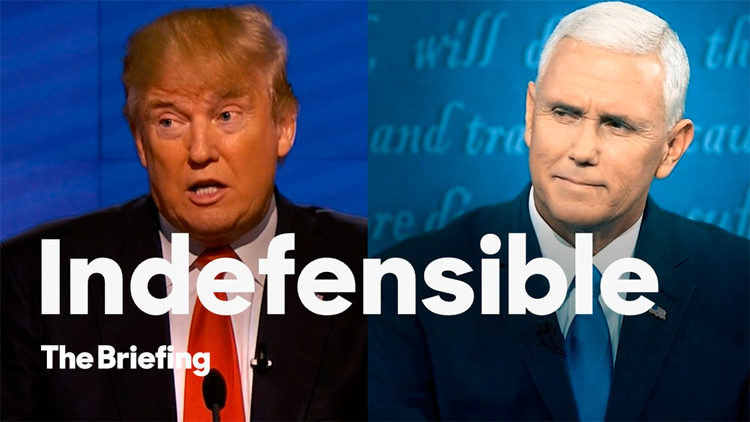 New Clinton ad demolishes Mike Pence using his own debate-lies against him.

Less than 12-hours after the vice-presidential debate, the Clinton campaign uses Mike Pence’s own words against him in a marvelous new campaign ad.

As The Ring of Fire Network puts it: “While the consensus seems to be that Mike Pence may have actually won last night’s debate due to his calm, collected demeanor and general not-Trumpness, Hillary Clinton’s newest ad has really won the whole ballgame.”

While Pence remained calm and collected for the most part, his responses were dull and boring overall; and his efforts to hurt the Clinton campaign fell short of causing any lasting damage. On the other hand, Tim Kaine came to the debate well-prepared to do battle, consistently blasting the Trump campaign for their lies, Trump’s refusal to release his tax returns (although he promised to do so last year), for praising Russian leader Vladimir Putin…..

Possibly more remarkable is the fact that most pundits report that Pence started his 2020 presidential campaign last night instead of helping out Trump’s 2016 bid for the presidency. As NBC News reports, Pence helped Pence during the debate and Kaine helped Clinton.

Speaking of the debate, Clinton said, “Even Mike Pence couldn’t defend the terrible things Trump’s said and done – so instead, he lied about them.”

Below is her campaign’s latest ad which pits Pence’s denials from last night’s debate against actual footage of both him and Trump saying the things Kaine aptly confronted him with during the heat of battle last night.