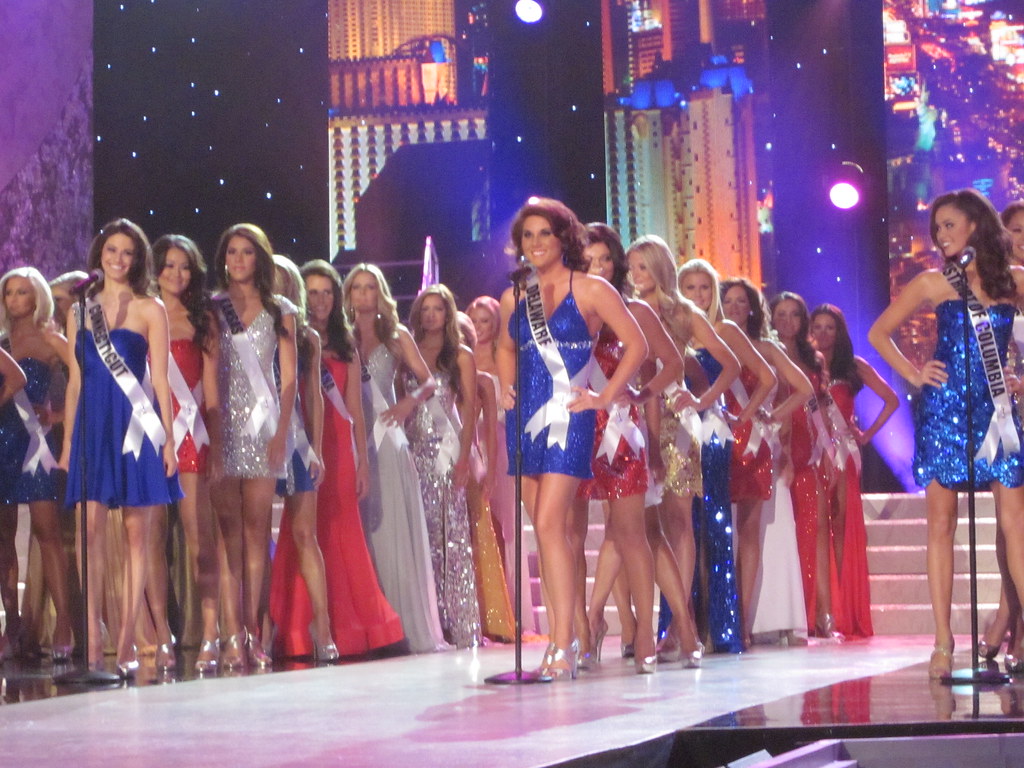 The Washington Post, BuzzFeed News and other media outlets are reporting that Republican nominee Donald Trump walked in on Miss Teen USA beauty pageant contestants as they were changing in their dressing rooms.

According to BuzzFeed: “Four women who competed in the 1997 Miss Teen USA beauty pageant said Donald Trump walked into the dressing room while contestants — some as young as 15 — were changing.”

“I remember putting on my dress really quick because I was like, ‘Oh my god, there’s a man in here,’” said Mariah Billado, the former Miss Vermont Teen USA.

Trump, she recalled, said something like, “Don’t worry, ladies, I’ve seen it all before.”

Three other women, who asked to remain anonymous for fear of getting engulfed in a media firestorm, also remembered Trump entering the dressing room while girls were changing. Two of them said the girls rushed to cover their bodies, with one calling it “shocking” and “creepy.” The third said she was clothed and introduced herself to Trump.

BuzzFeed reports they contacted 11 other contestants from the pageant who did not recall seeing Trump in the dressing room and as BuzzFeed adds: “Some said they do not believe he could have been there.”

This news comes in the wake of recent revelations by CNN that Trump had bragged to Howard Stern about walking in on contestants as the owner of the Miss USA pageant.

As The Washington Post reports, “CBS 2 Los Angeles did a little fact-checking and, guess what, this time, no Pinocchios. Tasha Dixon, Miss Arizona in 2001, told the TV station that Trump just came “waltzing in” while contestants were nude or half-nude as they changed into bikinis.”

He just came strolling right in. There was no second to put a robe on or any sort of clothing or anything. Some girls were topless. Others girls were naked.

Our first introduction to him was when we were at the dress rehearsal and half naked changing into our bikinis.

To have the owner come waltzing in, when we’re naked, or half naked, in a very physically vulnerable position and then to have the pressure of the people that worked for him telling us to go fawn all over him, go walk up to him, talk to him, get his attention.

Dixon also related that she thought the opportunity to walk in unannounced on contestants was one of the reasons he became involved in beauty contests:

I’m telling you Donald Trump owned the pageant for the reasons to utilize his power to get around beautiful women. Who do you complain to? He owns the pageant. There’s no one to complain to. Everyone there works for him.