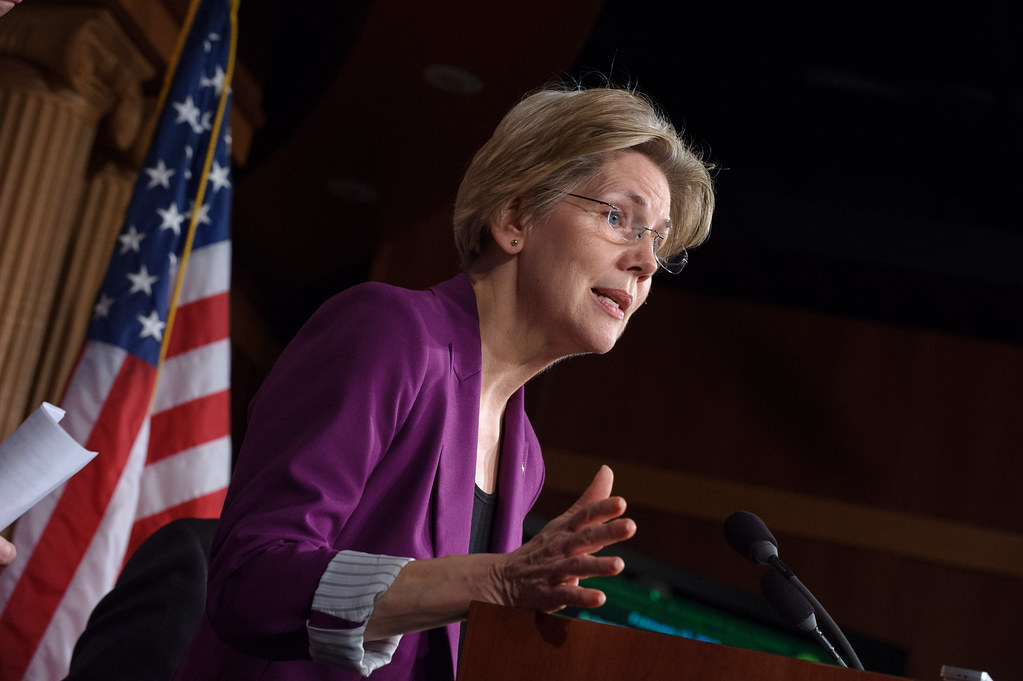 Elizabeth Warren sends a stern warning letter to Donald Trump warning what will happen if he continues pandering to moneyed special interests.

Warren began her letter reminding Trump of his campaign promises.

During your campaign for President of the United States, you railed against “powerful special interests” that have “rigged our political and economic system for their exclusive benefit.” 1   You excoriated trade deals that you described as “mortal threat[s] to American manufacturing” and “disaster[s]…. pushed by special interests.”2  You promised that you would “not be controlled by the donors, special interests and lobbyists who have corrupted our politics and politicians for far too long,”3  and that you would “drain the swamp”4 in Washington D.C. And you won election largely on the strength of these promises.

Warning that “the American people are watching,” Warren writes to Trump that “unfortunately, you already appear to be failing.”

Within days of your election, you have elevated a slew of Wall Street bankers, industry insiders, and special interest lobbyists to your transition team. Even more are rumored to be named as potential cabinet members. Based on public reports, your transition team and your potential cabinet include over twenty Wall Street elites, industry insiders, and lobbyists making decisions that could have huge implications for their clients or employers. They include, among many others, a former Goldman Sachs executive who is rumored to be a Treasury Secretary pick; a paid consultant for Verizon who is making key decisions on your administration’s Federal Communication  Commission; a “top lobbyist” whose firm lobbied on behalf of issues related to the Trans-Pacific  Partnership  who is shaping your Labor Department; and a climate-change­ denying, oil industry-paid  think tank fellow who is leading your environmental  team’s  transition.

The next four pages of Warren’s letter provide “additional detail on the members of your transition team that raise concerns because they appear to have worked for or are working for special interests instead of the American people.”

Warren went on to remind Trump of his promises to act in the best economic interests of all Americans and vowed to set aside differences.

“As I said last week,when your goal is to increase the economic security of middle class families, then count me in­ I will put aside our differences and I will work with you to accomplish that goal,” she wrote.

However, she concluded her letter with the following stern warning:

The early reports of who is on your transition team indicate that, despite your campaign promises, you are looking to industry insiders, lobbyists and other special interests to shape Washington  D.C. under your administration. If you truly want to make Washington, D.C. work for the American people, you have the opportunity – indeed, you have the responsibility -to remove the lobbyists and financial bigwigs from your transition team and reinstate a group of advisors who will fight for the interests of all Americans.

Should you have any questions about the types of advisors you could choose who would more adequately  represent the needs of the American people, please do not hesitate to reach out to my office. I would be more than happy to provide you with a list of qualified advisers and potential nominees.

You can read her full letter in PDF format here.