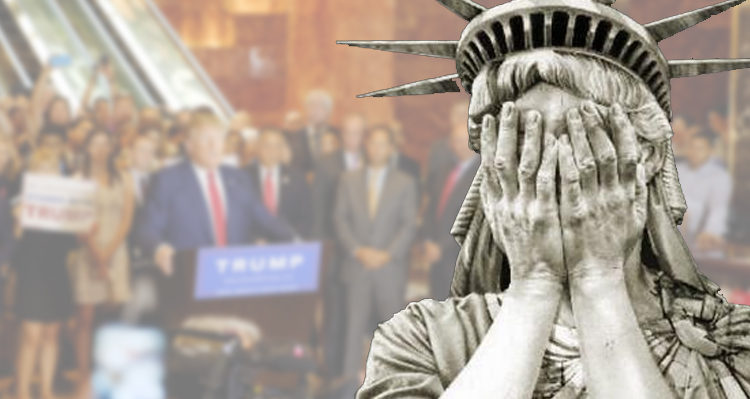 Trump’s campaign is reportedly threatening political reprisals against any Republican electors who choose to defect.

Salon reports that a member of the Electoral College told them that Donald Trump’s campaign is threatening “political reprisal” against any Republican elector not voting for him next week.

Speaking on the condition of anonymity, the elector said “We have gotten reports from multiple people that the Donald Trump campaign is putting pressure on Republican electors to vote for him based on … future political outcomes based on whether they vote fro Donald Trump or not.”

The elector emphasized that these reports had come straight from the Republican electors themselves, with the threats steering clear of violence but instead focusing on “career pressure.”

“It’s all political, basically,” the elector said. “If Trump becomes the president, he’s going to be able to put pressure on the state parties and they won’t be involved anymore.”

The likely impetus behind the Trump campaign’s actions is the rise of the Hamilton Electors, a group led by Democratic electors within the Electoral College who are trying to convince 37 of the Republican electors currently pledged to Trump to instead vote for a moderate Republican. (Most of the Hamilton Electors’ support seems to be coalescing behind Gov. John Kasich of Ohio.) The Democratic electors would then do the same in a sign that they’re putting country over party.

Bustle reported earlier this week that:

Electoral College members will meet in their state capitals on Dec. 19 to cast their votes for president. In most states, electors are bound to a given candidate on a winner-take-all basis, but that’s not stopping this year’s electors from going rogue. As the date approaches for electors to formally cast their ballots, a movement of “Never Trump” electors is forming to stop Trump from taking a seat in the White House in January 2017.

Politico reports that the anti-Trump elector movement is aiming to persuade at least 37 electors to flip their votes on Dec. 19, which is the minimum number needed to prevent a Trump presidency. While this doesn’t necessarily guarantee that Clinton wins over Trump, it makes an important statement from the Electoral College about the type of government they seek to impose moving forward.

Although Trump currently holds 306 of the necessary 270 electoral votes to Hillary Clinton’s 232, possible outcomes when the Electoral College casts their votes next week include:

And, of course, all this comes amid reports of Russian tampering in the presidential election.

Time will tell what happens, but – although the election is over – uncertainty rules the day over the possible future of the presidency of the United States of America.