December 2, 2016 by Kimberley Johnson No Comments 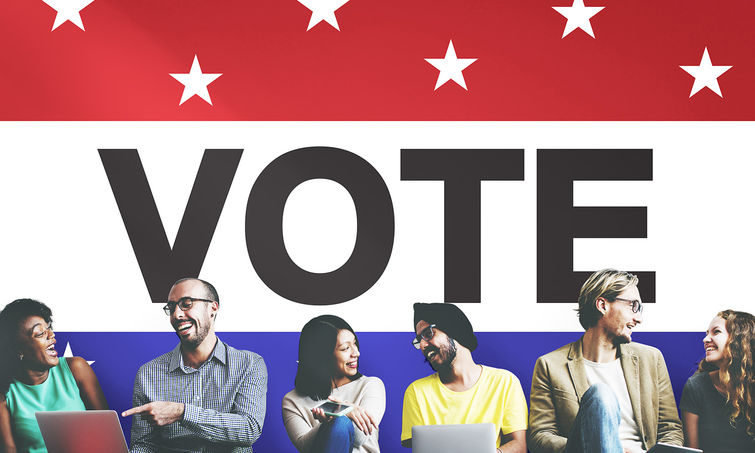 Current flaws in our voting system created Donald Trump. The key to preventing a repeat is to fix these flaws before the next election.

Green Party presidential candidate Jill Stein was recently a guest on The Last Word with Lawrence O‘Donnell, and they discussed her current recount efforts in Wisconsin, Michigan and Pennsylvania.

I’ve been a harsh critic of Stein, but I will admit, I agreed with many points she made about the flaws in our current voting system. Stein asserted that too many voters feel their vote doesn’t count – which often leads to voter apathy. She also discussed the problems associated with having only two viable choices on the ballot for president – which can split votes and hand the election to the opposition.

Stein offered an example of how we can fix some of the issues that either keep people from voting or feeling as if they must choose the “lesser of two evils,” and that example is ranked choice voting (RCV) or “instant-runoff voting.”

FairVote breaks it down:

Ranked choice voting (RCV) makes democracy more fair and functional. It works in a variety of contexts. It is a simple change that can have a big impact.

With ranked choice voting, voters can rank as many candidates as they want in order of choice. Candidates do best when they attract a strong core of first-choice support while also reaching out for second and even third choices. When used as an “instant runoff” to elect a single candidate like a mayor or a governor, RCV helps elect a candidate that better reflects the support of a majority of voters. When used as a form of fair representation voting to elect more than one candidate like a city council, state legislature or even Congress, RCV helps to more fairly represent the full spectrum of voters.

Too often, candidates can and do win election to offices like Mayor and Governor despite being opposed by most voters. With ranked choice voting, if no candidate has more than half the vote in first-choices, candidates finishing last are eliminated round-by-round in an instant runoff until two candidates are left. The winning candidate will be the one with majority support when matched against the other. In a multi-winner election, ranked choice voting promotes majority rule because the majority of voters will always be able to elect a majority of seats, without fear that an entrenched minority has used gerrymandered districts to ensure they stay in office.

Democracy is strongest when more voices are heard. Too often, to avoid “vote splitting” in which candidates can and do win with very little support (see “Promotes Majority Support” above), efforts are taken to limit the number of candidates who compete. This limits voters’ choices. In some places, that means a low turnout primary election eliminates most of the candidates; in others it means restrictive ballot access laws keep out challengers; and in others it means that candidates are shamed into staying out the race. Ranked choice voting allows more than two candidates to compete without fear of splitting the vote.

Voters should be able to vote for candidates they support, not just against candidates they oppose most. Yet in elections without ranked choice voting, voters may feel that they need to vote for the “lesser of two evils,” because their favorite candidate is less likely to win. With ranked choice voting, you can honestly rank candidates in order of choice without having to worry about how others will vote and who is more or less likely to win.

Read more about it HERE.

When voters have more confidence, they’re more likely to vote, and we’d see a higher voter turnout if RCV were implemented nationwide.

RCV would also ease tensions with voters discussing candidates in the general. For instance: if your first choice was Stein in 2016, you probably received your fair share of criticism from Clinton voters and vice-versa. With a ranked system, there would be less in-fighting and divisiveness.

In short, if RCV goes nationwide, we’d have a better shot at preventing general election catastrophes like the one we just witnessed.

See a list of municipalities that utilize ranked choice or instant-runoff voting HERE.