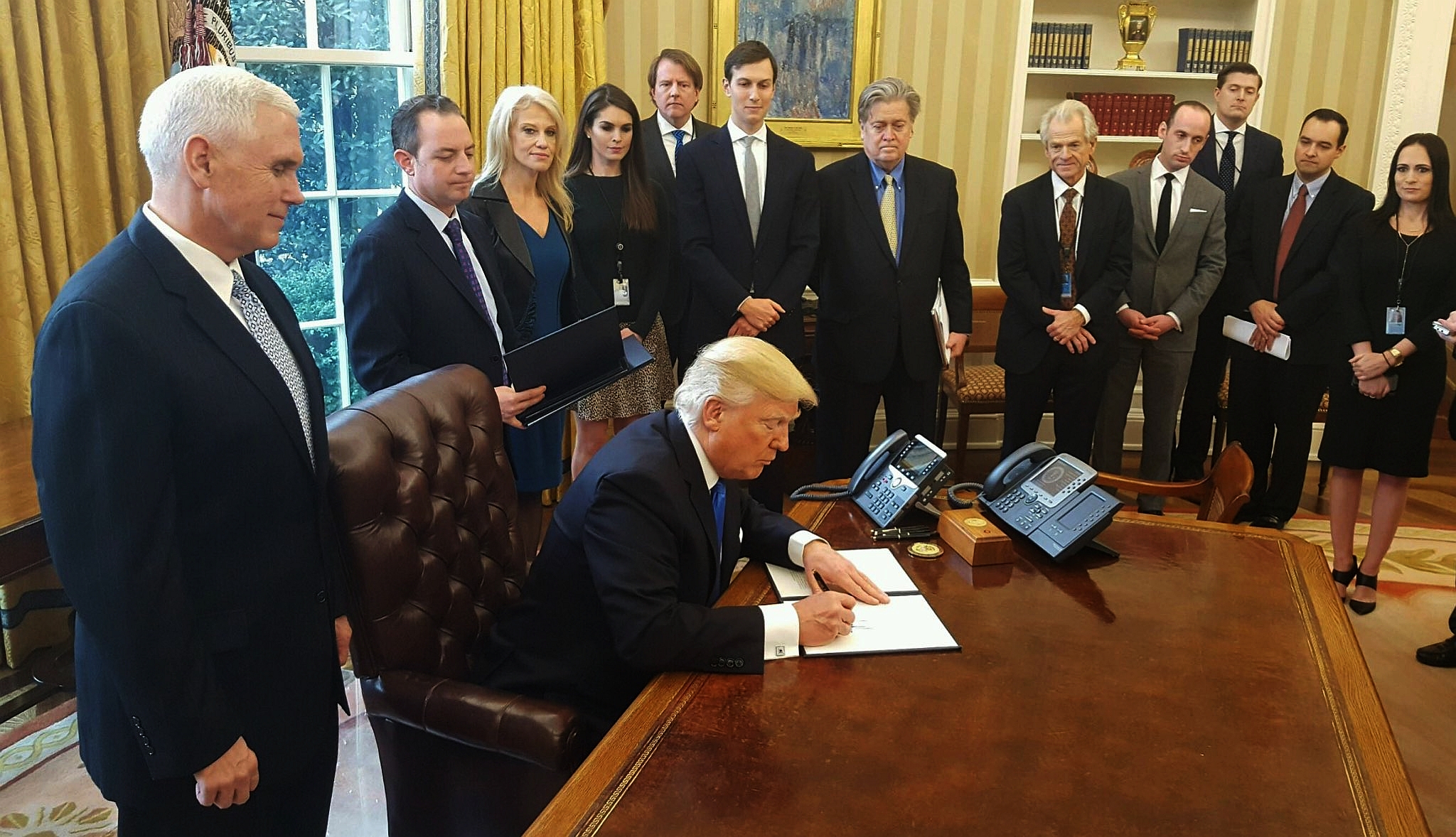 Sen. Edward Markey has the perfect response to the Trump administration’s decision to roll back Pres. Obama’s protections for LGBT students.

The Trump’s administration revoked President Obama’s guidance on transgender bathroom protections in public schools with The Hill reporting that “the Department of Justice and Department of Education released guidance late Wednesday rolling back the rules, citing the need for consideration over legal issues.”

NBC News elaborated, reporting while “President Barack Obama instructed public schools that they must allow transgender students to use bathrooms and locker rooms that align with a child’s chosen gender identity,” the current administration: “is revoking key guidance on which that policy was based. The letter informs the court that the Justice Department’s Civil Rights Division will no longer ‘rely on the views expressed in that guidance, and instead will consider further and more completely the legal issues involved.'”

As MSNBC reports, “it fell to Sen. Edward Markey (D-MA) to explain by way of a Facebook post.

Wednesday evening he posted: “President Trump seems to think #LGBT stands for Let’s Go Back in Time. He’s wrong. We stand with our transgender brothers and sisters in the fight to defend progress. All students deserve to feel safe and valued for who who they are. Shame on you, President Trump. #protecttranskids”

While critics say allowing individuals the use of bathrooms and locker rooms matching their gender identity is dangerous, Media Matters, Mic, and Vox all report that there has not been a single instance of a sexual voyeurism and assault in bathrooms by a transgender individual.

And as Reuters reports, this move by the Trump administration is likely to “inflame passions” in this ongoing conflict between traditional values and modern progressive norms.

Featured Image: By Office of the President of the United States – https://twitter.com/realDonaldTrump/status/823950814163140609, Public Domain, Link