February 6, 2017 by Samuel Warde No Comments 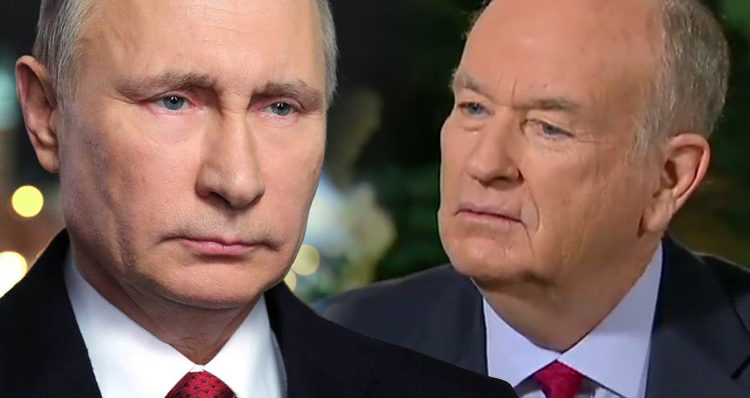 As if matters weren’t weird enough in regards to Trump’s Fox News interview, Russia has now stepped into the controversy demanding an apology from Fox News after host Bill O’Reilly called President Vladimir Putin a “killer.”

NBC News reports that Kremlin spokesman Dimitri Peskov told reporters that: “We think such words [from]a Fox News correspondent are unacceptable, insulting,” adding: “We would prefer to receive apologies to our president from such a respectable television company.”

So far, there appears to be no response from Fox News or Bill O’Reilly.

O’Reilly asked Trump whether he respected Putin during the interview which aired Sunday.

“Well, I respect a lot of people but that doesn’t mean I’m going to get along with him,” Trump responded.

Both Republicans and Democrats are rejecting  Trump’s assertion that the U.S. and Russia behave in a comparable manner.

One of the strongest condemnations comes from Senate Majority Leader Mitch McConnell (R-KY) during a Sunday interview on CNN’s “State of the Union.“

Asked by CNN anchor Jake Tapper if he is “comfortable with the president of the United States seeming to equate U.S. actions with those of Putin’s authoritarian regime,” McConnell responded: “Putin is a former KGB. He’s agent. He’s a thug. He was not elected in a way that most people would consider a credible election. The Russians annexed Crimea, invaded Ukraine, and messed around in our elections.”

On the Democratic side, House Minority Leader Nancy Pelosi (D-CA) renewed her call for an FBI investigation into Trump’s ties to Russia, telling NBC’s Chuck Todd “I want to know what the Russians have on Trump. We need an investigation by the FBI top financial, personal, political ties to Russia. We want to see tax returns.”