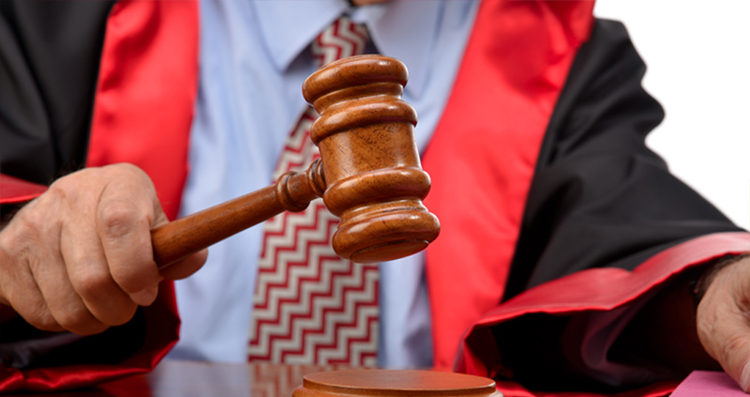 Son Eric admitted on the witness stand that actions by Trump Jupiter Golf Club “violate a fundamental rule of life.”

A Florida federal Judge has ordered Trump Jupiter Golf Club to pay nearly $6 million dollars to former members after they were barred from the club while still paying dues.

As NBC News reports, “Judge Kenneth Marra of the Southern District of Florida found that Trump’s company had breached the membership contract and ruled in favor of 65 plaintiffs who filed a 2013 class-action lawsuit — one of thousands of legal actions Trump and his businesses have faced.”

Golf Digest reports that: “Trump purchased the Jupiter club from the Ritz-Carlton for $5 million in 2012. In turn, according to the PalmBeachPost.com, he was to be responsible for $41 million in refundable deposits owed to club members.”

Upon taking ownership, however, Trump’s team changed club policy regarding members who announced their intention to resign. Previously such members could continue to use the club while waiting to get their deposits back, which would occur when a certain number of new members joined. That was no longer the case after Trump’s purchase, as these members were barred from the club but required to still pay as much as $20,000 a year in dues and $1,800 for food and beverage, according to testimony at trial last August.

Bloomberg reports that Judge Marra ruled that “Trump’s club breached a contract to provide ‘persons lawful permission to use and access the club.’ Without a right to access, ‘no membership would exist’ and an ‘essential purpose of the membership contract would be nullified.'”

Although Trump and his son, Eric, had initially argued that they didn’t block those members’ access to the club, Eric later admitted that he was incorrect, that some members had in fact been banned.

The Court’s decision states that Eric Trump admitted that the Trump Jupiter Club’s actions “violate a fundamental principle of life.”

As Eric Trump testified, ‘{i]f you are current on dues, you are allowed access to a club.” According to his testimony, paying dues but having no Club access, ‘would violate a fundamental principle of life.’ Based on Defendant’s own testimony, access is an indispensable ingredient of Club membership and dues are the consideration paid in exchange for permission to access and use the Club on an on-going basis. [Court Decision: Hirsch v. Jupiter Golf Club LLC, 13-cv-80456, U.S. District Court, Southern District of Florida (West Palm Beach), page 16]

A spokesman for the Trump Organization issued a statement, according to Golf Magazine, which reads:

We respectfully disagree with the Court’s decision.  The plaintiffs were all members under Ritz-Carlton who resigned before Trump purchased the Club.  At the time Trump purchased the Club, it was suffering financially, making it unlikely that these members would ever get back their deposits.  At trial, we presented overwhelming evidence that the plaintiffs’ memberships were never recalled and that the plaintiffs had waived this argument during the course of the litigation. [Decision, page 16]

“We respectfully disagree with the judge’s decision,” Garten said.