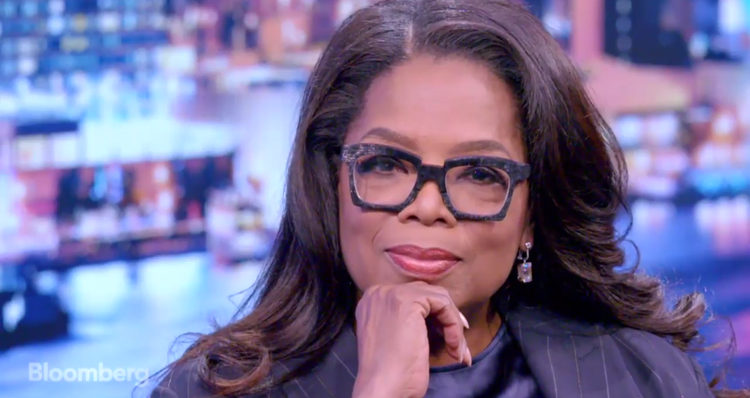 Oprah discusses whether the Oval Office might be in her future.

Oprah Winfrey, known by many as the “Queen of All Media,” has stated in the past that she has no desire to run for president.

During a January interview, she was asked by Stephen Colbert if she would consider running for president and she replied “never.”

As The Daily Beast reported at the time, she was telling Colbert that she would miss First Lady Michelle Obama’s presence in the White House.

“For me, you know, African-American woman,” she told Colbert, adding: “being able to see that reflection of myself through the girls and through her, just their presence there, I’m going to miss that. But it has meant so much to me.”

Colbert asked her “is there any charismatic African-American woman that both sides of the political aisle really love?”

However, as CNN reports, Oprah offered a different response during a December interview with billionaire David Rubenstein on Bloomberg’s “The David Rubenstein Show: Peer-to-Peer Conversations,” that was released today.

Asked by Rubenstein whether she might consider ever running for president, given her popularity and the fact that a woman has yet to win the presidency, Oprah responded: “I actually never thought that that was — I never considered the conversation even a possibility. I just thought, oh, oh.”

NBC News reports that: “While the TV mogul didn’t mention Donald Trump specifically, she hinted that his roots as a businessman and reality-TV star could make her reconsider.”

“I thought, ‘I don’t have the experience, I don’t know enough,'” Winfrey said, adding “Now I’m thinking, ‘Oh, oh,” indicating that she thinks maybe she does when compared with Trump.

CNN reports that “A spokesperson for Winfrey’s OWN Network did not immediately return” their request for comment.

President Oprah? Oprah discusses whether she would run https://t.co/nykzuqORtA pic.twitter.com/VYmRnu9w63