Updated: Bill O’Reilly Is Officially Out At Fox News 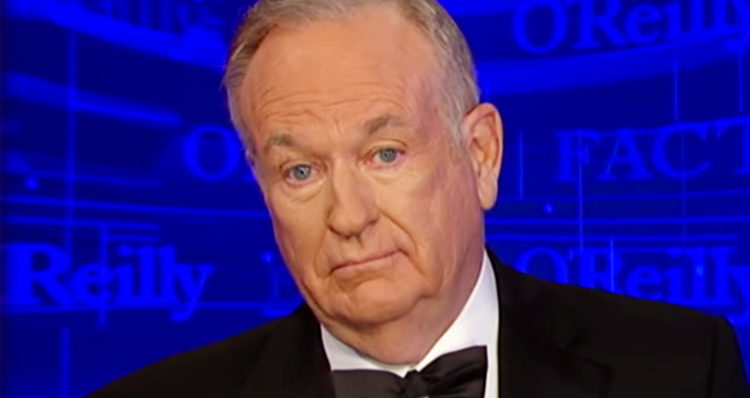 In a stunning and sudden downfall, Bill O’Reilly is out at Fox News.

21st Century Fox, parent company of Fox News, released a statement Wednesday afternoon that read, “After a thorough and careful review of the allegations, the Company and Bill O’Reilly have agreed that Bill O’Reilly will not be returning to the Fox News Channel.”

Sources “close to the situation” say that Fox News is “preparing to cut ties” with Bill O’Reilly – possibly within days.

The Wall Street Journal reported Tuesday evening that “Fox News is preparing to cut ties with star anchor Bill O’Reilly, according to people close to the situation, after revelations that he and Fox parent 21st Century Fox settled multiple sexual harassment complaints led to an exodus of advertisers from his show and mounting pressure on the network.”

Salon also reported on Tuesday that “While a recently released survey found that only 17 percent of Fox News viewers said they believe O’Reilly’s show should be canceled, Fox News executives are very alarmed by a drop in ad revenue, according to reports.”

The Hollywood Reporter published an article earlier on Tuesday detailing allegations that O’Reilly had harassed yet another woman – this time an African-American that he reportedly called “hot chocolate” and leered at her.

The woman’s attorney, Lisa Bloom, spoke with The Hollywood Reporter and according to their article:

Salon noted that: “Protesters gathered outside the network’s headquarters in Manhattan on Tuesday to demand that Fox News fire its star anchor O’Reilly.”

As Deadline Hollywood reports, “O’Reilly, whose Fox News contract had been renewed earlier this month, is expected to top the list of things discussed at Thursday’s board meeting of  FNC parent company 21st Century Fox,” adding that “Fox News Channel stopped assuring [viewers] that O’Reilly will be returning to its air this coming Monday. He’s been off the air since April 11, when FNC said its star was going on vacation.”

O'Reilly has had tremendous run. Very few in the business get to decide when and how things end. Media is most brutal of all industries…

Variety reports that although “Fox News declined to comment” on the Wall Street Journal Report:

Industry observers said the dynamic around O’Reilly was becoming too much of a liability for a company of 21st Century Fox’s size and scope. Not only would the company be vulnerable to more lawsuits from women claiming harassment, but the taint of the scandal could impact Fox’s businesses in other areas. A chief concern is Fox’s pending $14 billion buyout of the remaining interest in European satellite giant Sky, which is now being reviewed by U.K. regulators.

O’Reilly’s expected departure promises to leave Fox News with a big hole in its long-dominant primetime lineup. “The O’Reilly Factor” in recent months has averaged nearly 4 million viewers a night, riding the surge of interest in politics sparked by the historic 2016 presidential campaign. Fox News also runs the risk of a backlash from O’Reilly’s loyal viewers, who may shun the network entirely, particularly if O’Reilly lands at a rival TV or digital platform.