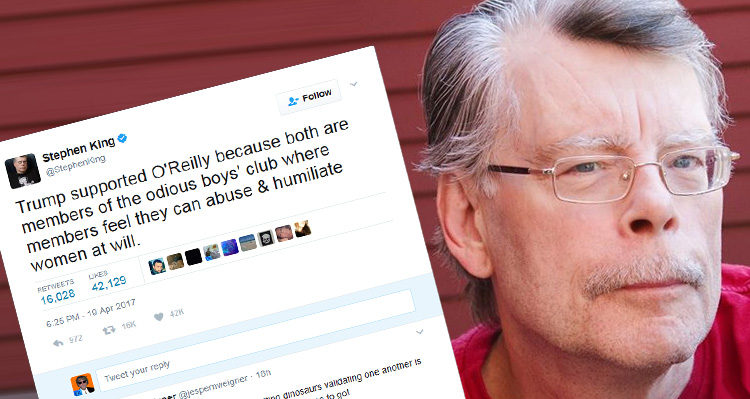 Stephen King sets off a Twitter-storm regarding serial predators Trump and the now disgraced Bill O’Reilly.

Last Friday he took to his Twitter account to mock Trump’s bluster, calling him “President Forrest Trump,” a reference to the fictional movie character Forrest Gump played by Tom Hanks.

He followed that up with a Saturday tweet, mocking Trump’s cowardice when it comes to releasing his tax returns.

In the wake of Bill O’Reilly’s sudden termination by Fox News amid growing controversy surrounding his harassment of women, King posted a tweet connecting O’Reilly and Trump, who defended him earlier this month, calling him “a good person.”

His tweet has received over 42K likes so far, has been retweeted 16K times and has received around 1K comments so far.

Examples of the kinds of comments include: