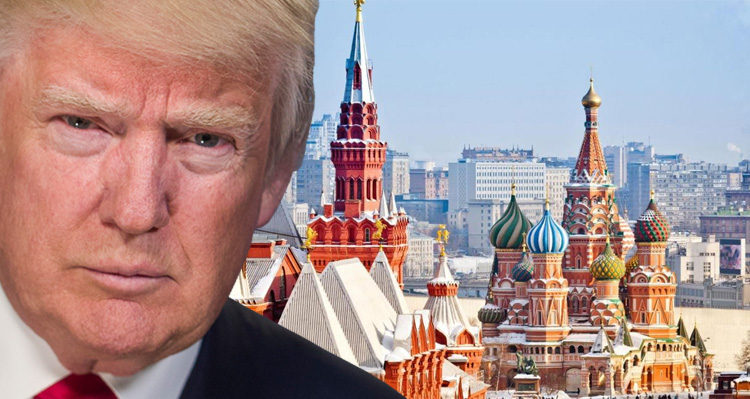 The Trump White House has been doing their best to spin the facts regarding the ever-expanding Russia scandal, and they have just lost their favorite line of defense.

The Sally Yates and James Clapper hearing was very bad news for the Trump administration – here’s why.

The much anticipated testimony of former acting Attorney General Sally Yates and former Director of National Intelligence James Clapper before the Senate Judiciary Subcommittee about Russia’s interference in the 2016 presidential election makes one thing clear: “the Russia story still poses tremendous trouble for President Donald Trump and his crew.”

Mother Jones made that observation in an article published late Monday detailing exactly why Yates’ and Clapper’s testimony creates a huge problem for the Trump White House and how it effectively destroy several of his pieces of spin for countering the ever-expanding Russia scandal.

Without getting too deep into details, Mother Jones details three key takeaways from Monday’s hearing that are sure to haunt the Trump administration:

As to point one, Mother Jones explains that:

The conclusion from Yates’ testimony was clear: Trump didn’t dump Flynn until the Kislyak matter became a public scandal and embarrassment. The Justice Department warning—hey, your national security adviser could be compromised by the foreign government that just intervened in the American presidential campaign—appeared to have had no impact on Trump’s actions regarding Flynn. Imagine what Republicans would say if a President Hillary Clinton retained as national security adviser a person who could be blackmailed by Moscow.

CNN concurs that this presents a huge problem for the White House, as well as giving “Democrats a new opening in the war of attrition they are waging against Donald Trump’s presidency.”

According to CNN, “[Yates’] intervention provoked an awkward new question that the White House will now have to answer. Why did it then take 18 days for Flynn to be fired — a step that only took place when The Washington Post reported he had lied to Vice President Mike Pence about his calls with Russia’s envoy to Washington?”

Mother Jones goes on to explain that point two effectively destroys the Trump administration’s favorite piece of spin for countering the Russia scandal:

On March 5, Clapper was interviewed by NBC News’ Chuck Todd on Meet the Press and asked if there was any evidence of collusion between members of the Trump campaign and the Russians. “Not to my knowledge,” Clapper replied. Since then, Trump and his champions have cited Clapper to say there is no there there with the Russia story. […] At Monday’s hearing, Clapper pulled this rug out from under the White House and its comrades. He noted that it was standard policy for the FBI not to share with him details about ongoing counterintelligence investigations. And he said he had not been aware of the FBI’s investigation of contacts between Trump associates and Russia that FBI director James Comey revealed weeks ago at a House intelligence committee hearing. Consequently, when Clapper told Todd that he was not familiar with any evidence of Trump-Russia collusion, he was speaking accurately. But he essentially told the Senate subcommittee that he was not in a position to know for certain. This piece of spin should now be buried. Trump can no longer hide behind this one Clapper statement.

Point three, as detailed by Mother Jones, presents another explosive problem for the Trump White House:

Clapper also dropped another piece of information disquieting for the Trump camp. Last month, the Guardian reported that British intelligence in late 2015 collected intelligence on suspicious interactions between Trump associates and known or suspected Russian agents and passed this information to the United States “as part of a routine exchange of information.” Asked about this report, Clapper said it was “accurate.” He added, “The specifics are quite sensitive.” This may well have been the first public confirmation from an intelligence community leader that US intelligence agencies have possessed secret information about ties between Trump’s circle and Moscow.

Dan Rather, the legendary former anchor for the “CBS Evening News,” remarked about Trump’s response to the hearings on his Facebook page “News and Guts,” writing:

The President just fired off a series of tweets saying: “Sally Yates made the fake media extremely unhappy today — she said nothing but old news!” And: “Director Clapper reiterated what everybody, including the fake media already knows- there is “no evidence” of collusion w/ Russia and Trump.”

We ask the President: Were you watching the same hearing everyone else was?

Rep. Ted Lieu (D-CA) confirmed his belief that the Trump White House is running “scared” in the wake of Monday’s hearing:

Pulitzer Prize winning journalist Barton Gellman expanded on that idea, tweeting a translation of Lieu’s tweet that pointed out the FBI conducts “2 kinds of investigations:” those involving national security and those that are criminal in nature, that the investigation “may be” criminal in scope, and that was why he did not inform Clapper.

Translation: FBI does 2 kinds of investigations, natsec & criminal. If Comey kept this one from Clapper, the focus may be on crime. https://t.co/nuRzqGIuRY

Worse yet, Trump may have violated federal witness intimidation laws when he preemptively posted a tweet Monday morning prior to the hearing attacking Yates.

Did @POTUS violate 18 USC 1512, which prevents "intimidation" of a witness to "influence" testimony in "official proceeding"? #SallyYates https://t.co/VnxLzmTQzt

CNN‘s John King and Dana Bash discussed their belief that Trump had in fact attempted to “intimidate a witness,” and Rep. Lieu posted a tweet a few hours later asking: “Did @POTUS violate 18 USC 1512, which prevents ‘intimidation’ of a witness to ‘influence’ testimony in ‘official proceeding’?”

John King began the discussion, stating that Trump’s tweet directed at Yates ahead of her testimony was akin to intimidating a witness.

In a court of law, you might call this trying to intimidate the witness. “Ask Sally Yates under oath if she knows how classified information got into the newspapers soon after she explained it to the White House Counsel.” For the record, that’s the president of the United States tweeting that. And, for the record, he misspelled “counsel” in his first tweet and then later fixed it.

He’s the president of the United States and the former acting attorney general, who’s about to testify under oath before the United States Congress, and you tweet, “ask Sally Yates under oath if she knows how classified information got into the newspapers soon after she explained it to the White House Counsel.” I started before I got to covering politics all the time — I used to cover the courts a lot. A lawyer would call that witness intimidation.