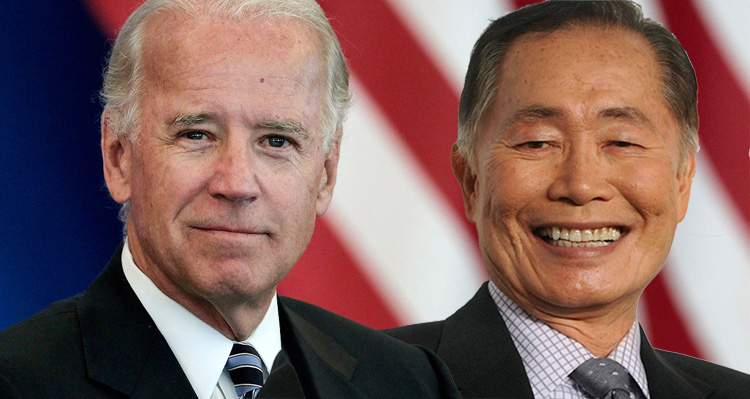 Joe Biden, George Takei and others lead the response to Trump’s early morning assault on transgenders who serve in the armed forces.

For some so far unexplained reason, Trump launched a Twitter tirade against transgenders serving in the military on Wednesday morning.

“After consultation with my Generals and military experts, please be advised that the United States Government will not accept or allow……Transgender individuals to serve in any capacity in the U.S. Military. Our military must be focused on decisive and overwhelming…..victory and cannot be burdened with the tremendous medical costs and disruption that transgender in the military would entail. Thank you,” Trump posted in three consecutive tweets.

Trump’s M.O. seems to be taking to Twitter to try to distract from his current P.R. woes; and there are plenty to run from these days, with the noose ever tightening around his administration regarding possible collusion between his campaign, administration, family, and friends – and Russia.

Then, there’s the Republican failure to be able to make any significant headway in regards to overturning President Obama’s signature health care plan, the Affordable Care Act.

And of course, there is yesterday’s 419-3 vote in the House of Representatives approving a “new package of sanctions against Moscow that prohibits President Donald Trump from waiving the penalties without first getting permission from Congress.”

Vice President Joe Biden was one of the first to respond, tweeting: “Every patriotic American who is qualified to serve in our military should be able to serve. Full stop.”

Every patriotic American who is qualified to serve in our military should be able to serve. Full stop.

“This is beyond insulting to the brave and honorable service of transgender service members willing to die for this country. This morning, transgender service members put on uniform[s] and showed up to their military duties… …only to be told (on Twitter, no less) that their Commander in Chief doesn’t want them in any capacity—it’s outrageous! This new decision is harmful and misguided. It weakens—not strengthens—our military. And I’ll do everything in my power to fight it.“

No fan of Trump and a frequent adversary on Twitter, beloved Star Trek actor and LGBT activist George Takei took to his own Twitter account this morning to lead the charge against Trump’s bigoted tirade.

“History shall record that you are not only the stupidest, most incompetent president ever, but also the cruelest and pettiest. #Shame,” he tweeted.

History shall record that you are not only the stupidest, most incompetent president ever, but also the cruelest and pettiest. #Shame pic.twitter.com/8R4jVOIYmd