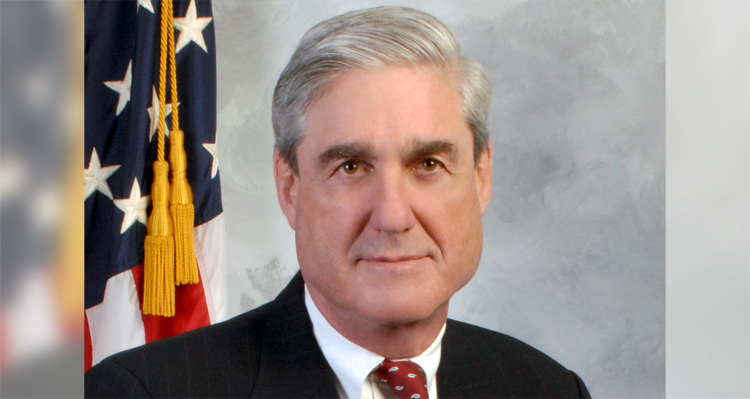 “Robert Mueller always gets his man”. That’s the clear signal the special prosecutor is sending to Trump and his associates.

Trump attempted to make a bold move with his pardon of Sheriff Joe Arpaio last Friday, presumably sending a message to Paul Manafort, Michael Flynn, and others that he has their backs – not to cooperate with the Russia investigation.

Robert Mueller countered with a move of his own, removing any doubt as to who was in checkmate.

Politico published a bombshell report on Wednesday stating that “Special counsel Robert Mueller’s team is working with New York Attorney General Eric Schneiderman on its investigation into Paul Manafort and his financial transactions, according to several people familiar with the matter.”

The cooperation is the latest indication that the federal probe into President Donald Trump’s former campaign chairman is intensifying. It also could potentially provide Mueller with additional leverage to get Manafort to cooperate in the larger investigation into Trump’s campaign, as Trump does not have pardon power over state crimes. [emphasis added]

State and federal prosecutors believe the prospect of a presidential pardon could affect whether Manafort decides to cooperate investigators in the federal Trump investigation, said one of the people familiar with the matter.

Politico goes on to explain that “While Trump has not signaled any public intention to pardon Manafort or anyone else involved in the Russia investigations, the president has privately discussed his pardon powers with his advisers.”

As ThinkProgress reported in July: “The morning after the Washington Post published a bombshell report indicating Attorney General Jeff Sessions lied about why he omitted Russian contacts from his security clearance form, President Trump tweeted that ‘all agree the U.S. President has the complete power to pardon,’ and suggested the only crime committed during the course of the Russia scandal ‘so far’ is leaks.”

While all agree the U. S. President has the complete power to pardon, why think of that when only crime so far is LEAKS against us.FAKE NEWS

ThinkProgress goes on to report that: “Trump’s view of his pardon power is controversial at best. While Trump does have the power to pardon others, President Nixon’s assistant attorney general determined that the president cannot pardon himself.”

“Under the fundamental rule that no one may be a judge in his own case, the President cannot pardon himself,” Assistant Attorney General Mary Lawton wrote, just days before Nixon’s resignation in August 1974.

Not one to hedge his bets, Mueller seems to be opening the door for state level prosecutions should Trump end his “Russia probe with a spate of pre-emptive pardons.”

Jed Shugerman, a historian and Fordham law professor, says the very nature of the Russian plot strengthens the case for local prosecution.

“Given how widespread these crimes were,” Shugerman says, “there are lots of different avenues for jurisdiction, and New York is the easiest one.”

P.S. Ruckman Jr., a pardon scholar and author of “Pardon Me, Mr. President,” notes that a federal pardon does not give a potential defendant legal protection in state court.

“There is nothing about a federal pardon that prevents state offenses from being prosecuted,” he said.

In a landmark 1959 case, the Supreme Court ruled states have the lawful authority to separately prosecute an individual regardless of what occurs in the federal system, and “even in the aftermath of federal acquittal.”

NBC News went on to drop even worse news for the Trump administration, reporting that:

Under the U.S. Federal Rules of Criminal Procedure, federal grand jury materials, which are secret, may be requested by local prosecutors if the evidence shows a “violation of state law.”

If the special counsel probe ended prematurely, local prosecutors could request that material, from interviews with every witness Mueller brings before the grand jury to other secret evidence it reviewed.

If Mueller or his investigators were no longer working for the Justice Department, states could also consider hiring them as special prosecutors or investigators to work the state case.

One can only guess how Trump and his administration are reacting to the news that Mueller is working with New York AG Schneiderman, but strategic intelligence analyst Eric Garland may have put it best when he tweeted: “WAIT, you mean Mueller’s working in concert with THE PEOPLE WHOSE PROSECUTIONS CAN’T BE PARDONED BY TRUMP? BWAHAHA!!”

WAIT, you mean Mueller's working in concert with THE PEOPLE WHOSE PROSECUTIONS CAN'T BE PARDONED BY TRUMP? BWAHAHA!! https://t.co/F0YoVNHTUU

Stay tuned for more on Mueller’s investigation and the possibility of state-level prosecutions as additional information becomes available.

Until then you might want to get some beverages and popcorn ready as it is likely going to be quite the show before it is all over.