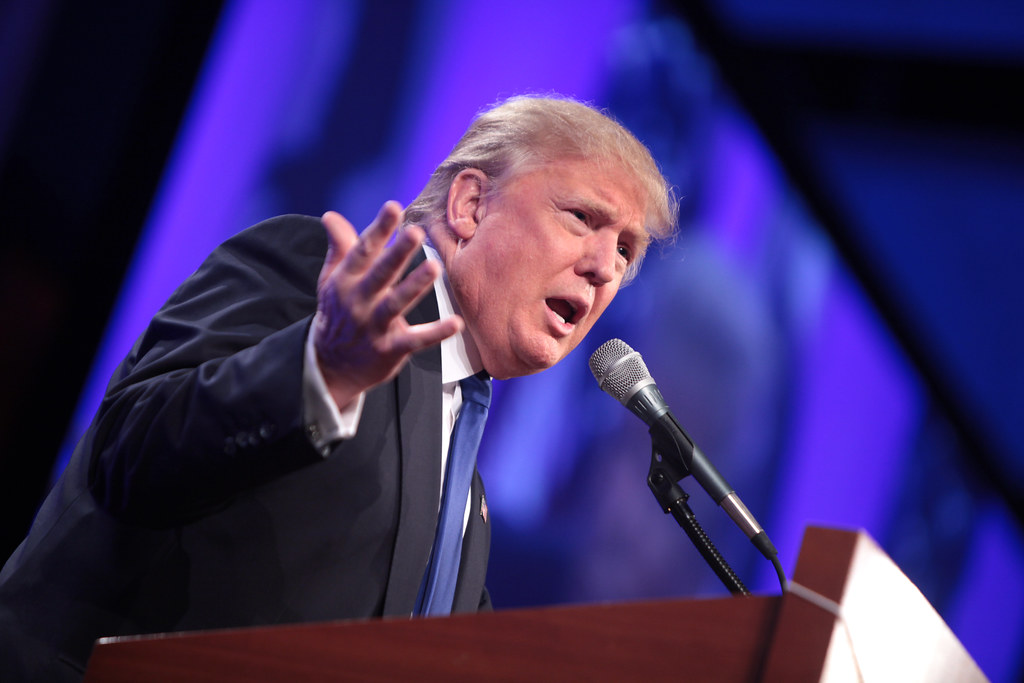 Trump Embodies The Tyranny Of His Heroes

There is something hauntingly familiar about the scenes of chaos and anger embodying Trump’s administration: they mirror the tyranny of his heroes. Like his heroes, Trump demonstrates the kind of narcissism that autocratic strongmen have exhibited throughout history—and unsurprisingly, it runs contrary to the democratic process.

Trump vows to vilify and crush those who dare speak out against him – “If someone screws you, screw them back.“

He mocks those others admire – “[John McCain]’s not a war hero. He was a war hero because he was captured. I like people who weren’t captured, okay? I hate to tell you.“

Let’s take a look at three men who seem to be his heroes.

Roy Cohn, chief aide to notorious witch-hunting Wisconsin Senator Joseph McCarthy during the 1950s, was selected by Trump to become his mentor starting in the late 1960s and served as his attorney until his death in the mid 1980s.

Salon published an ominous article in September 2015 as Trump’s campaign was just starting to build up steam. It was titled “Mentored in the art of manipulation, Donald Trump learned from the master – Roy Cohn.”

After his fall from grace, “alongside his boss,” Joseph McCarthy, Cohn moved to New York City where he would eventually hook up with Trump. Writing of his transition from McCarthy’s right-hand man to private citizen in New York, Salon writes that:

Disgraced alongside his boss, Cohn departed Washington for his hometown of New York City where he became the ultimate political fixer and a terror in his own right. If you needed a favor, or wanted to hurt an enemy, Cohn could do the job. He talked like a make-believe mobster and counted real ones among his clients.

As Salon added, it was there in New York City that Cohn met “two men [that] he mentored in the art of manipulation: Roger Stone and Donald Trump.”

When Trump was still in his 20s he hired Cohn and began to move in the same circles…. Cohn modeled a style for Trump that was one part friendly gossip and one part menace. Cohn looked and sounded like someone who could hurt you if you crossed him. Trump kept a photo of the glowering Cohn so he could show it to those who might be chilled by the idea that this man was his lawyer.

The Daily Mail reported on Cohn’s influence on Trump, writing that:

He dressed impeccably in fine suits, silk ties, matching handkerchiefs – ‘and was so vain that he never appeared in public with a hair out of place’. He drove a rattletrap Rolls Royce with his initials RMC on the vanity license plate… Trump followed the lead of his mentor, always wearing a flashy suit, a fine shirt, and was chauffeured in a limousine with his initials, DJT on the vanity plate. He wore patent-leather shoes.

“Donald described Cohn as ‘a total genius’ who ‘would kill for somebody that he liked’ and he liked Trump,” according to The Daily Mail.

Olivia Nuzzi of The Daily Beast reports that a Cohn friend told her that Trump’s “early political training came from Roy.” “I think he saw in Trump a kindred spirit,” the friend said, adding “He saw a certain toughness that he also saw in himself.”

According to Trump’s friend, Cohn acted to “recruit Donald and Donald’s father for Reagan’s finance committee.” In an 1983 Times report, Trump was characterized as a Reagan supporter and was said to have visited the White House “several times.” There’s a picture of the two together, shaking hands. Trump, his hair darker and fuller, in a pinstripe suit and shiny, light pink tie; and Reagan, looking duller by comparison.

North Korea’s dictator Kim Jong-un seems to hold a particular fascination for Trump, albeit the fact that matters are strained by North Korea’s recent ICBM tests.

The Telegraph reported on the campaign trail about Trump heaping praise on Kim Jong-un for the “amazing” way he murders his political rivals.

“You’ve got to give him credit. How many young guys – he was like 26 or 25 when his father died – take over these tough generals, and all of a sudden… he goes in, he takes over, he’s the boss,” said Trump at a 2016 Republican political rally in Iowa. “It’s incredible. He wiped out the uncle, he wiped out this one, that one. This guy doesn’t play games.”

“I mean, it’s amazing that a young guy would go over and take over,” Trump later told Fox News. “You know, you would have thought that these tough generals would have said no way this is gonna happen when the father died,” adding “he’s gotta have something going for him, because he kept control, which is amazing for a young person to do,” he added.

Then there’s Donald Trump and Vladimir Putin, who seem to have a bit of a bromance going on. Trump thinks Vlad is great and apparently Vlad thinks The Donald is just wonderful.

During a late 2015 Morning Joe episode “Morning Joe” Scarborough raised this very issue with Trump – who was bragging at the time about Putin calling him brilliant. Noting that Putin is “also a person who kills journalists, political opponents, and invades countries,” Scarborough asked trump: “Obviously that would be a concern, would it not?”

Trump’s response to Putin killing his political opponents and journalists was cavalier. “He’s running his country, and at least he’s a leader,” Trump responded, adding: “Unlike what we have in this country.”

Trump’s bromance with Putin appears to be continuing, with the press revealing that he met secretly with Putin during the July G20 Summit in Germany. While it’s true that Trump signed a bill this week codifying Russian sanctions, he did so under protest supposedly for the “sake of national unity” according to a report by NBC News regarding an official White House statement on the signing.