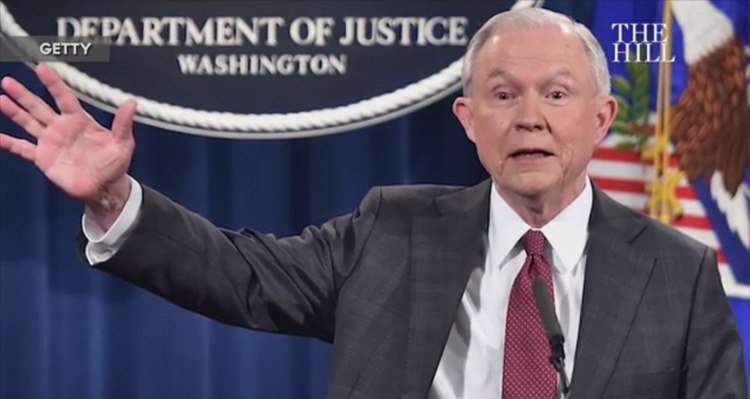 “Congress shall make no law respecting an establishment of religion, or prohibiting the free exercise thereof; or abridging the freedom of speech, or of the press; or the right of the people peaceably to assemble, and to petition the government for a redress of grievances.” ~First Amendment to the United States Constitution

Web hosting provider Dreamhost reported on Monday that they have “been working with the Department of Justice to comply with legal process, including a Search Warrant (PDF) seeking information about one of our customers’ websites.”

The Hill reports that the search warrant, “dated July 12, says that authorities will seize any information constituting violations of D.C. code governing riots that involve individuals connected to the protests on Inauguration Day.”

Continuing their report, Dreamhost identified the website in question as “disruptj20.org, a website that organized participants of political protests against the current United States administration. While we have no insight into the affidavit for the search warrant (those records are sealed), the DOJ has recently asked Dreamhost to provide all information available to us about this website, its owner, and, more importantly, its visitors.” [emphasis original]

Dreamhost goes on to state that “Chris Ghazarian, our General Counsel, has taken issue with this particular search warrant for being a highly untargeted demand that chills free association and the right of free speech afforded by the Constitution.”

According to Dreamhost, that request from the Department of Justice “demands” that they turn over the IP addresses of over 1.3 million visitors to that website. The Justice Department demand also requires them to turn over “contact information, email content, and photos of thousands of people — in an effort to determine who simply visited the website.” [emphasis original]

Dreamhost goes on to report that “[this] information could be used to identify any individuals who used this site to exercise and express political speech protected under the Constitution’s First Amendment. That should be enough to set alarm bells off in anyone’s mind.”

Noting that “this is, in our opinion, a strong example of investigatory overreach and a clear abuse of government authority,” Dreamhost reports that they “challenged the Department of Justice on its warrant and attempted to quash its demands for this information through reason, logic, and legal process.”

Last Friday Mr. Ghazarian, with the help of his legal team and outside counsel, filed legal arguments in opposition (PDF) of the DOJ’s request for access to this trove of personally identifiable information.

This motion is our latest salvo in what has become a months-long battle to protect the identities of thousands of unwitting internet users. Mr. Ghazarian will attend a court hearing on the matter on August 18 in Washington, D.C.

That legal response, filed by Ghazarian states in part that:

In essence, the Search Warrant not only aims to identify the political dissidents of the current administration, but attempts to identify and understand what content each of these dissidents viewed on the website

The Hill reached out to the Justice Department for a comment but were directed to the U.S. attorney’s office in D.C.