October 2, 2017 by Kimberley Johnson No Comments 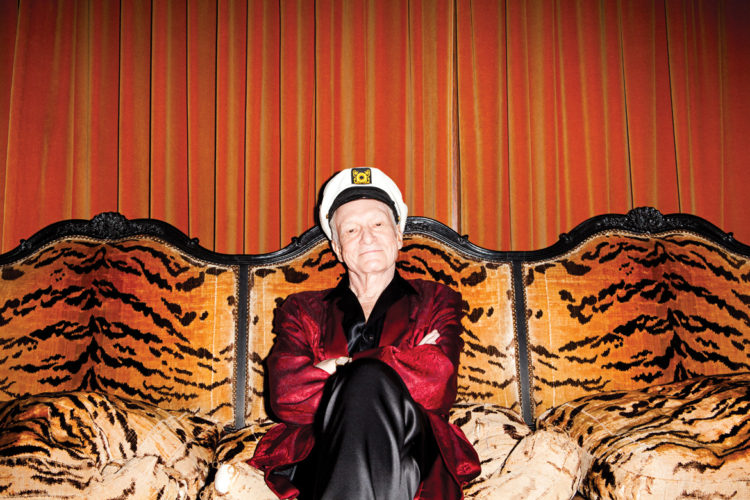 One of my Facebook friends is an escort/sex worker; and after Hugh Hefner died, she shared her personal story with me. She explained that some people jump to the wrong conclusions about sex workers while visiting various online forums, and she asked if I would help to share her unique and valid perspective to a bigger audience.

She is choosing to remain anonymous. I only made slight edits for grammar and clarity:

Since Hugh Hefner’s death I’ve been hearing people talk about the women who worked for him. These same people also commented they feel all sex workers are victims.

I don’t doubt that Hefner victimized some women in his mansion but I take issue with the idea that the women who posed for his magazine were automatically victims — also with the idea that ALL sex workers are victims. One person went so far as to say that she supports laws that allow women to sell sex legally, BUT believes that a man who hired them should be incarcerated for sexual assault, should do felony time.

The argument from some of these people is that a sex worker is not consenting to sex when she accepts money and that she’s even being victimized if she’s an indie escort in business for herself. I am a sex worker and an indie escort. I’ve been raped. Many times. I know what it feels like and I also know when it’s NOT happening because I consented to an act. And yes, I get paid for my services.

So, let’s compare situations; I’m doing my laundry. I forgot to wash my uniforms for my day job at a restaurant, and I’m “dumb enough to do laundry in the middle of the night,” as one person told me — like that should make a difference. I’m tired and the last thing I’m thinking about is work or “transacting business” as the cop described it. No, I’m just doing the laundry. I get taken from behind and forced. That’s rape. Okay, different scenario; I’m with a client. He wants a service I don’t offer. I say “NO!” He grabs me from behind and forces me. Its torture and it haunts my dreams literally to this day. That’s rape. That’s not “theft of services.”  To another client I say, “You have to use a condom.” He agrees and we proceed, but he pulls it off and I say “STOP!” I say “PUT THAT BACK ON!” I say “NO!” He doesn’t stop. That’s rape.

Other clients respect my boundaries. They have various reasons for seeing me. I don’t ask what goes on in their lives – it’s none of my business. But I been with some of them for a long time and sometimes we get to talking after. One has a wife who’s an alcoholic. He was considering divorce. He tells her, “Don’t take the car out, you’re too drunk.” He falls asleep and she takes the car. She gets in an accident and becomes paralyzed. He’s the kind of guy who won’t leave her but he has certain needs. I’m there. I have needs — financial ones. Our interests mesh, and we reach an agreement. Don’t tell me he’s a rapist and should do time. Another client has been divorced three times and he’s way too neurotic to keep a long-time girlfriend. He’s OCD, but very nice. His needs are simple, and I need the money. He treats me good. He’s not a rapist.

My favorite client: He does freelance work for NASA. When we met he was really awkward and nervous. When I asked him what he did for a living, he told me he was working on stuff for the Cassini mission. In order to make sure I keep his identity safe I won’t talk about what he did. He is NOT a NASA employee but he did some outside work for them. We talked about the planets, and he was surprised to learn I have an interest in astronomy. I’ve known him for about ten years or more now. When I wanted to retire from escort work, he helped me get a job — one that took me away from the business of being an escort for a while. Eventually that job ended because the business was sold. He did not benefit from getting me the job. It ended our relationship forever — or so he thought. He put my needs above his wants by helping me. When that other job ended, we resumed our prior business relationship.

One time he asked me to go to NASA with him. In order to do it, I had to take time out of my day jobs, so I had to quote him a pretty high price considering he’d be either driving, in meetings, or sleeping most of the time. If fooling around was all he was after he could have scheduled several sessions and gotten a better value. It was a heavenly day. He told me not to dress up — to wear jeans and a t-shirt with comfortable walking shoes. Makeup not needed. We got to NASA, and he had to be in meetings all day. I got the VIP treatment with an intern guide who was very nice. My lunch was comped and I was given a VIP meal. I even got to touch a piece of a moon rock. It was a wonderful but long and exhausting day. When we got back to the hotel, I thought, “Okay, now I’ll finally earn my keep here.” What did he say? “I can see you’re tired.” I was, but I’m a professional; and I was really grateful. I was ready to do what I was being paid to do. He wouldn’t have it. We went to sleep and didn’t do anything. I did make it up to him the following morning. No one can tell me he is a rapist.

Hugh Hefner may have been a total jerk. I didn’t know the man. If he victimized women at the mansion and treated them badly, then he was an abuser, and dirt, in my opinion. But the women who chose to work for him are not automatically victims just for posing nude — or even choosing to have sex with him if they felt it was in their interest or just because they wanted bragging rights. It demeans those women to assume their actions were not in their control. It demeans me when people say that I don’t know the difference between rape and professional business transaction.