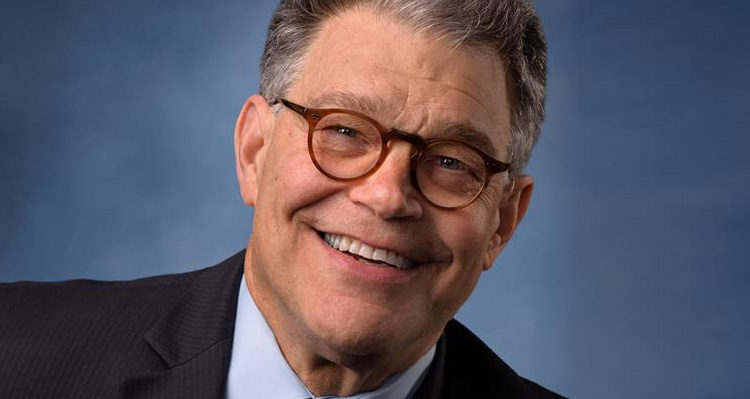 CNN reports that “Attorney General Jeff Sessions is once again under scrutiny on Capitol Hill regarding his candor about Russia and the Trump campaign amid revelations that he rejected a suggestion to convene a meeting between Russian President Vladimir Putin and Donald Trump last year.”

According to court filings unsealed this week, Trump campaign foreign policy adviser George Papadopoulos suggested at a March 2016 meeting that he could use his connections to set up a meeting between Putin and Trump with the then-GOP candidate’s national security team. An Instagram picture on Trump’s account shows Sessions attended the meeting at which Papadopoulos made the suggestion.

Today, U.S. Senator Al Franken (D-MN) put the pressure on Attorney General Jeff Sessions to explain why he continues to mislead the American public and Congress about his and other members of the Trump team’s many alarming connections to Russia, a hostile foreign power that interfered in the 2016 presidential election in an attempt to aid Trump.

This week, newly unsealed court documents in Special Counsel Robert Mueller’s investigation of that interference showed that George Papadopoulos—a Trump campaign foreign policy adviser who pleaded guilty to lying to the FBI about ties between the Trump campaign and Russian officials—attended a March 2016 campaign meeting with then-candidate Trump, then-Sen. Sessions, and others to discuss the possibility of setting up a meeting between Trump and Russian President Vladimir Putin. Yet in January of this year, at his own confirmation hearing to become attorney general, Sessions testified under oath to Sen. Franken that he was unaware of any contacts between the Trump campaign and Russian officials. That later turned out not to be true—Sessions himself met with the Russian Ambassador at least three times.

Now it appears that Attorney General Sessions has again failed to tell the truth. When he returned to the Senate Judiciary Committee a few weeks ago, the attorney general doubled down on his claim that he’s unaware of any contacts between the Trump campaign and Russian officials. The revelation of this meeting with Papadopoulos, however, provides evidence to the contrary.

That’s why, in a letter sent today, Sen. Franken is putting the spotlight on Attorney General Sessions to tell the American people the truth about what he knows about any effort on the part of Russia to influence the 2016 campaign.

“Once again, developments in the ongoing investigation into Russian interference in the 2016 election have brought to light evidence that you failed to tell the truth about your interactions with Russian operatives during the campaign, as well as your awareness of Russian contacts by other members of the Trump campaign team,” wrote Sen. Franken in the letter. “This is another example in an alarming pattern in which you, the nation’s top law enforcement officer, apparently failed to tell the truth, under oath, about the Trump team’s contacts with agents of Russia—a hostile foreign power that interfered in the 2016 election. We must get to the bottom of what happened so that we can prevent it from happening again, and I am deeply troubled that this newest revelation strongly suggests that the Senate—and the American public—cannot trust your word.”

Franken also took to his Facebook page, explaining his rational for sending the letter and questioning whether the American public can trust Sessions any more, along with a link to that letter.

“The American people deserve an accurate and complete accounting of the facts. That’s why I’ve sent the Attorney General a letter pressing him for the truth about what he knows about any effort on the part of Russia to influence the 2016 campaign, including any links between individuals associated with the Trump campaign and Russian operatives,” Franken wrote.

“I sincerely hope that we get answers. Because without them, I am deeply troubled that this newest revelation strongly suggests that the Senate—and the American public—simply cannot trust his word.”