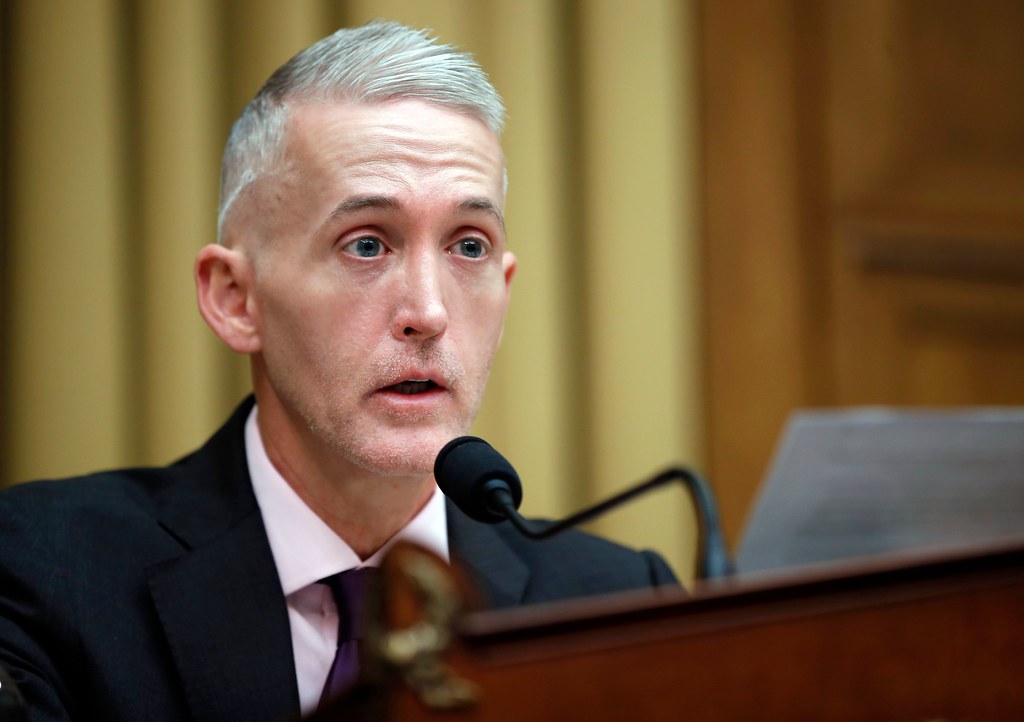 There were no-holds-barred when Republicans were going after Hillary Clinton over Benghazi. Those same Republicans are now trying to impede the Russia investigation.

Rep. Trey Gowdy (R-SC) reportedly committed high crimes while serving as the chair of the House Select Committee on Benghazi. Now he is trying to shut down Congress’ Russia investigation.

As House Republicans make the case for special counsel Robert Mueller to end his investigation of Russian meddling in the 2016 election, they appear ready to bring their own intelligence probe to an end.

Senior Republicans on the House Intelligence Committee tell NBC News that they hope and expect to draw their year-long investigation to an end in the coming weeks, saying they have largely completed all interviews relevant to the narrow scope of inquiry Democrats had agreed to last spring.

… [However] Democrats say they have requested as many as 30 additional interviews with new witnesses, none have been scheduled beyond the end of this month.

Continuing NBC News reported that Gowdy is one of the Republicans leading the rush to shut down the Russia investigation:

Gowdy… told NBC News that it is in the public’s interest to finish as quickly as possible so that they can issue a final report. He accused Democrats of wanting to prolong their work for political reasons and even downplayed the significance of the committee’s work, saying that it was the Justice Department investigation led by Mueller that would produce the most definitive final product.

“There is not a single soul with an open mind who is waiting on the House of Representatives’ Russia investigation to unlock the mysteries of the world for them,” Gowdy said. “There are people who’ve already made up their minds waiting to see whether or not their previously held conviction will be validated. But I think most people are waiting on Mueller. “

Most recently, Gowdy lectured Deputy Attorney General Rod Rosenstein and FBI Director Chris Wray, telling them to hurry up and conclude the Russia investigation during a hearing on Friday June 29, 2018 stating:

Then there is Gowdy’s alleged criminal conduct during his Benghazi witch-hunt.

While there is some truth to Gowdy’s claim that no one expects Congress to get to the bottom of the Russia scandal, arguably that attitude is centered around the belief that Republicans have less than no intention of conducting a proper inquiry – one that could lead to revealing the truth of Russian collusion in the 2016 election – and beyond.

Liberals Unite has said it before, and we say it again: Trey Gowdy has all the trappings of a criminal and in all likelihood should be in prison himself.

Maybe those Republican claims that a new special investigator is needed are correct – and Trey Gowdy himself should be one the first targets. Just saying…