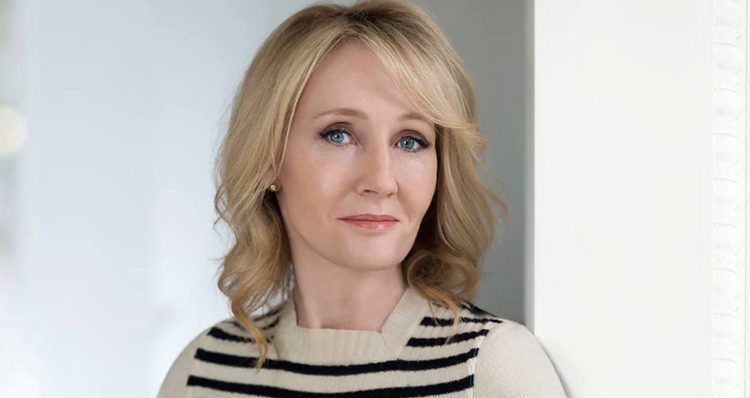 With one perfect tweet, J.K. Rowling puts Roy Moore in his place for his continued refusal to concede defeat to Doug Jones.

British novelist, screenwriter and film producer J.K. Rowling is best known as the author of the Harry Potter fantasy series and when it comes to “calling bullshit” on politicians – she isn’t the least bit shy.

She has repeated taken on Trump, spanning back to before the election like when she Defended Free Speech And Donald Trump’s Right To Be ‘Offensive and Bigoted.’

She Swiftly And Brutally Cuts Trump Down To Size in October 2016 just weeks before the election.

In August 2017 she teamed up with noted film actor Mark Ruffalo To Deliver Knockout Blows To Team Trump and she has teamed up with horror writer Stephen King numerous times to troll Trump using Twitter.

Appearing before a crowd of supporters last night, Moore refused to concede his defeat to Democrat Doug Jones last night, instead choosing to say it’s in God’s hands – that it’s not over.

“Narrator’s voice: Roy was right. God was in control. What he didn’t realise was, She’s black,” Rowling tweeted.

The New York Times published a transcript of his shameless speech, which reads in full:

Thank you. You know, I really want to thank you for coming tonight and realize when the vote is this close that it’s not over. And we still got to go by the rules about this recount provision and the secretary of state has explained it to us and we’re expecting that the press will go up there and talk to them to find out what the situation is.

But we also know that God is always in control. You know, part of the thing — part of the problem with this campaign is we’ve been painted in an unfavorable and unfaithful light. We’ve been put in a hole, if you will. And it reminds me of a passage in Psalms 40. I waited patiently for the Lord. That’s what we’ve got to do. And he inclined it to me, heard my cry, brought us out of a horrible pit out of clay and set my feet on the rock and established my goings and put a new song in our mouth. A hymn praising to our God. Many shall see it and hear it and shall be moved by that, if you will.

That’s what we’ve got to do is wait on God and let this process play out. I know it’s late. We can’t wait and have everybody wait until after 11:00. But the votes are still coming in and we’re looking at that. May God bless you as you go on, give you safe journey and thank you for coming tonight.

It’s not over and it’s going to take some time. Thank you.