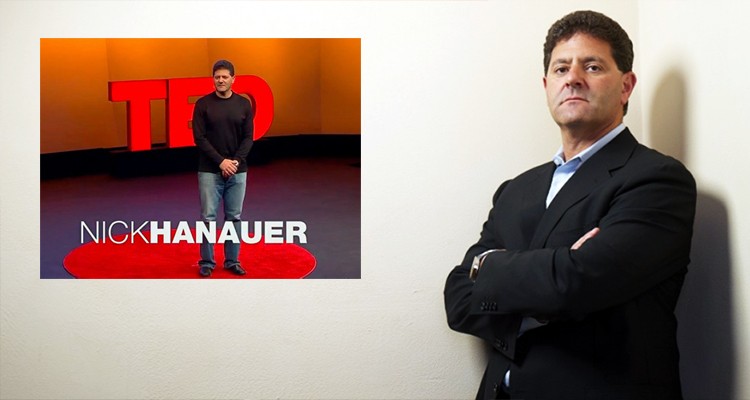 This banned TED Talk explains why the tax breaks for the rich proposed by the Republican tax scam will never help working class Americans.

TED, the Technology Entertainment and Design nonprofit behind the TED Talks, whose slogan is “ideas worth spreading” decided that some ideas are better left alone.

In March of 2012 Nick Hanauer, millionaire tech investor and entrepreneur, gave a talk at a TED conference. In his talk, Hanauer argued that the rich aren’t responsible for the bulk of America’s job creation and therefore shouldn’t receive tax breaks to help them create jobs. Instead, he noted that middle-class consumers are more likely to create jobs by spending and spurring businesses to hire.

If it were true that lower tax rates and more wealth for the wealthy would lead to more job creation, then today we would be drowning in jobs. And yet unemployment and under-employment is at record highs.”

Though the talk drew applause and widespread support from conference attendees at the time, TED Talk curator Chris Anderson decided it wasn’t worth sharing with the rest of the world and refused to post it on TED’s website, noting the talk was “too political” to be posted online during an election year. This seems more than a tad disingenuous, since TED generally doesn’t shy away from controversial ideas and is sometimes so “political” that it invites actual politicians to talk at its conferences.

Whatever your stand on the issue, this is certainly a topic worth debating. You would think that TED would want to be part of the conversation. So without further ado we present to you a video and transcript of the now infamous TED Talk!