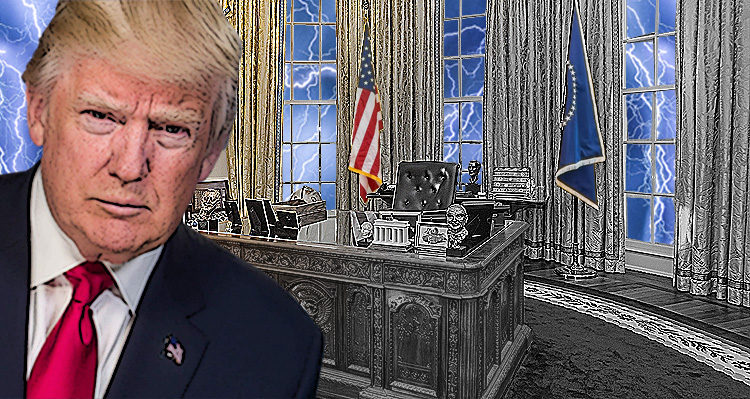 A year without a president. So who is actually running the country?

Reich’s post introduced the video with the following text:

Today marks a year since Donald Trump took the oath of office as President. Instead of leading the country, Trump has been insulting, throwing tantrums, and grinding the government to a halt. He is completely incapable of governing. So who’s really running the country?

Reich then takes viewers through three main points, providing extensive background for each:

“The first big thing we’ve learned is that Trump is not really the president of the United States – because he’s not governing.”

Instead of governing, Donald Trump has been insulting, throwing tantrums, and getting even: Equating white supremacists with people who protest against them. Questioning the patriotism of NFL players who are peacefully protesting police violence and racism. Making nasty remarks about journalists, about his predecessor as president, his political opponent in the last election, national heroes like Congressman John Lewis and Senator John McCain, even the mayor of San Juan Puerto Rico. Or he’s busy lying and then covering up the lies.

“The second thing we’ve learned is that Trump’s influence is waning.”

One year in, Trump is the least popular president in history with only 37 percent of Americans behind him…. He couldn’t get his pick elected to a Senate primary in Alabama, a state bulging with Trump voters. Republican senators refused to go along with his repeal of the Affordable Care Act. And they’re taking increased interest in Russia’s interference in the 2016 election. Business leaders deserted him over his remarks over Charlottesville. They vacated his business advisory councils. NFL owners have turned on him over his remarks about players.

“The third big thing we’ve learned is where the governing of the country is actually occurring.”

The real leadership of America is coming from outside the Trump administration. Leadership on the environment is now coming from California – whose rules every automaker and many other corporations have to meet in order to sell in a state that’s home to one out of eight Americans. Leadership on civil rights is coming from the federal courts, which have struck down three different versions of Trump’s travel ban, told states their voter ID laws are unconstitutional, and pushed police departments to stop profiling and harassing minorities. Leadership on the economy is coming from the Federal Reserve Board, whose decisions on interest rates are more important than ever now that the country lacks a fiscal policy guided by the White House.

Most of the rest of leadership in America is now coming from the grassroots – from people all over the country who are determined to reclaim our democracy and make the economy work for the many rather than the few.

Reich concluded with a call to action, telling viewers that:

[The] most important effort – your effort, our effort – is not just resisting Trump. It’s laying the groundwork for a new politics in America, a new era of decency and social justice, a reassertion of the common good.

Millions are already mobilizing and organizing. It’s the one good thing that’s happened since Election Day last year – the silver lining on the dark Trump cloud.

If you’re not yet part of it, join up.