Senate Throws Trump Under The Bus, Blames Him For Government Shutdown – Votes To Reopen Government 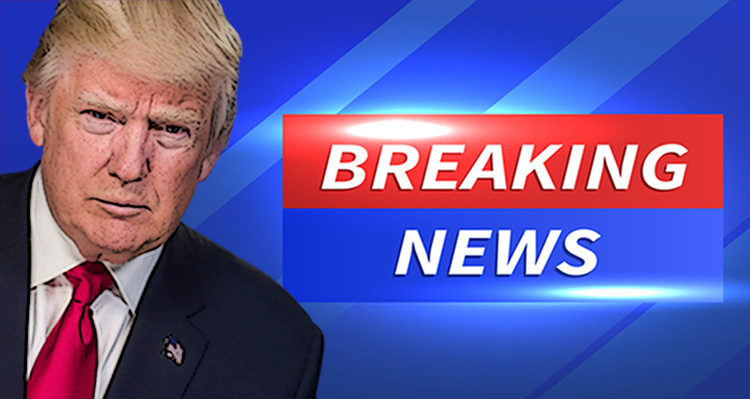 Senate votes to end the Trump Shutdown with both Democrats and Republicans appearing to blame Trump for the 3 days it took to vote to reopen the government.

The U.S. Senate just voted 81-18 to reopen the government, sending the matter over to the House of Representatives where the measure is expected to pass.

It would appear that part of the compromise made to Democrats was to allow Senate Minority Leader Chuck Schumer of New York to make a Senate floor speech essentially blaming the shutdown on Trump with no defense offered by Republicans.

Schumer’s floor speech is as follows:

Thank you, Mr. president. now today — today we enter the third day of the Trump shutdown, the first ever real shutdown to occur when one party controls the entire legislative process. The republican party controls the House, the Senate, the presidency, and yet they were unable to keep the government open for the American people. Leader McConnell knows it takes 60 votes to win passage of a spending bill, and yet he moved forward with a last-minute extension that he knew lacked the votes. Both Democrats and republicans voted against that bill.

The reason the Republican majority had such difficulty finding consensus is they could never get a firm grip on what the president of their party wanted to do. These days with — these days you never know who to deal with when it comes to the Republicans. The Republican leaders told me to work out a deal with the White House.

The White House said work it out with Republican leaders on the hill. Separately president Trump turned away from not one but two bipartisan compromises. Each would have averted this shutdown. Each would have led to a deal on the budget and health care and disaster aid and things like opioids and veterans and pensions and on immigration.

My recent offer to the president was a generous one. I put his signature campaign issue on the table in exchange for DACA and still he turned away. President Trump’s unwillingness to compromise caused the Trump shutdown and brought us to this moment. The facts are well known.

Now I wish to update the Senate on where things stand after this weekend. Since our meeting in the Oval Office on Friday, the president and I have not spoken, and the White House refused to engage in negotiations over the weekend. The great deal-making president sat on the sidelines. Despite and because of this frustration, I’ve been having conversations with the Republican leader over the weekend about a path forward.

After several discussions, offers, counter offers, the Republican leader and I have come to an arrangement. We will vote today to reopen the government, to continue negotiating a global agreement with the commitment that if an agreement isn’t reached by February 8, the Senate will immediately proceed to consideration of legislation dealing with DACA.

The process will be neutral and fair to all sides. we expect that a bipartisan bill on DACA will receive fair consideration and an up-or-down vote on the floor. Now it’s a shame, Mr. President, that the American people and the senate have had to endure such hand wringing, finger pointing, stridency to secure a guarantee that we will finally move to address this urgent issue. It is something the majority could have avoided entirely, a concern the president could have object — obviated if he were willing to take yes for an answer. While this procedure will not satisfy all on both sides it’s a way forward. I’m confident that we can get the 60 votes in the senate for a DACA bill. And now there is a real pathway to get a bill on the floor and through the Senate. it is a good solution, and I will vote for it.

I expect the majority leader to fulfill his commitment to the senate to me and to the bipartisan group and abide by this agreement. If he does not of course — and I expect he will — he will have breached the trust of not only the Democratic senators, but members of his own party as well.

Through these complicated and lengthy negotiations, Democrats have always sought to be reasonable, to act in good faith and get something real done. Despite all of our entreaties, the president was obstinate. Despite bipartisan support for DACA, the Republican majority dithered. The senate has muddled along for too long, content to delay action on our most pressing challenges until the very last moment. That ends today.

The Republican majority now has 17 days to prevent the Dreamers from being deported. Mr. President, we have to — we have a way to address the fate of the Dreamers starting right now instead of waiting until March with the minority and the moderate middle empowered to bring a bill to the floor instead of being held by the most strident, anti-immigration voices in the Republican caucus. and we on our side of the aisle will continue to fight as strongly as we can for the Dreamers in the weeks ahead.

I say to all Americans, urge your Senators to vote yes on the bipartisan compromise when it comes forward. Write, tweet, e-mail, phone, visit, do everything you can so we can finally pass this bill. In a few hours the government will reopen. We have a lot to do. The issue of the Dreamers demands resolution. A budget must be written. health care has to be addressed. Relief provided to disaster-stricken parts of our country. Pensions and opioids. veterans. child care. all have to be taken care of. The Trump shutdown will soon end, but the work must go on. and it will. thank you and I yield the floor.

It seems rather clear that the Republicans agreed to sell out Trump in order to obtain the necessary votes from Democrats to reopen the government.