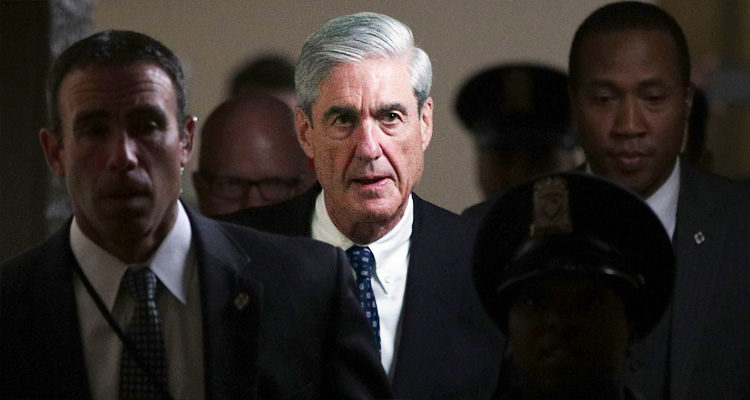 Former federal criminal investigator details Trump’s plan to get rid of Rod Rosenstein and to obstruct and ultimately derail the Russia investigation with the help of Devin Nunes.

Former criminal investigator, attorney, and New Hampshire professor Seth Abramson warned us back in the December that the country would likely be facing a Constitutional crisis as part of Trump’s plan to disrupt – and eventually end – Special Prosecutor Robert Mueller’s Russia investigation and it appears that Trump has made significant progress in that endeavor today.

On Monday, news broke that F.B.I Deputy Director Andrew McCabe would step down, adding another scalp to Trump’s pile. As the president appears to have learned, there are many ways in which he can weaken and undermine Mueller’s case without sacking the special counsel himself.

As The New York Times reported over the weekend, Trump’s shadow campaign against Mueller appears to have focused on how he can leverage a controversial memo, written by House Intelligence Committee Chairman Devin Nunes, to pressure and potentially fire Deputy Attorney General Rod Rosenstein.

According to CNN, the president has privately “vented” about Rosenstein, who took over the Trump-Russia probe following Jeff Sessions’s recusal, making such comments as “let’s fire him, let’s get rid of him” before his advisers step in…. The Washington Post reports that Trump periodically grows frustrated with the probe, and “has complained to confidants and aides in recent weeks that he does not understand why he cannot simply give orders to ‘my guys’ at what he sometimes calls the ‘Trump Justice Department,’” two sources said.

Seth Abramson weighed in on what this new development means in a Twitter-Thread today.

“BREAKING: All indications are that Trump—via agents in Congress—has forced the retirement of a key witness against him in an Obstruction case that could lead to impeachment. Worse, it’s part of a coordinated, illegal effort to intimidate, punish, and discredit adverse witnesses,” he began.

BREAKING: All indications are that Trump—via agents in Congress—has forced the retirement of a key witness against him in an Obstruction case that could lead to impeachment. Worse, it's part of a coordinated, illegal effort to intimidate, punish, and discredit adverse witnesses. pic.twitter.com/OvJYacWmSQ

Continuing, Abramson posted a link to another thread he wrote on 23 January 2018 explaining why “the Attorney General pressuring the FBI to fire Andrew McCabe is *much* bigger news than many think.”

(THREAD) The Attorney General pressuring the FBI to fire Andrew McCabe is *much* bigger news than many think. I explain why—and it's not very complicated, either—in this brief thread. Hope you'll pass it on. pic.twitter.com/RgtlvfTELm

Abramson went on to explain that “a few days ago, Foreign Policy confirmed a wider, Trump-driven effort to illegally intimidate, punish, and discredit a small subset of FBI witnesses against Trump.” [You can click here for the Foreign Policy article]

Noting that this is the kind of behavior that ultimately drove Richard Nixon out of office, Abramson explained how the rest of the conspiracy to shut down Mueller’s investigation might play out: