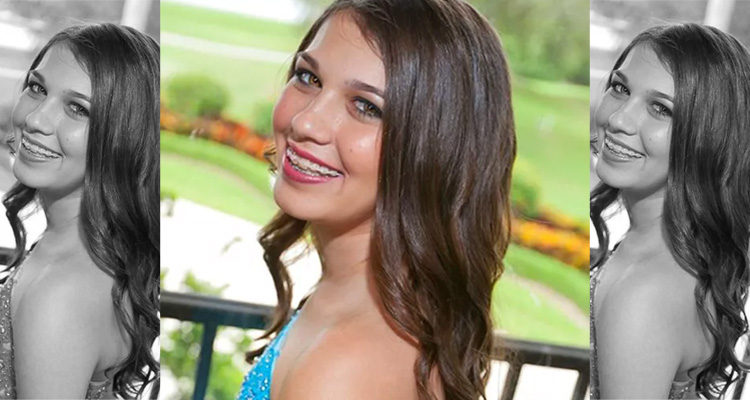 Eyewitness Ten News reported that: “Fourteen-year-old Jaime Guttenberg, one of the first victims identified in last week’s horrifying high school gun massacre in Florida, has been laid to rest by family, friends and members of the public at an emotional funeral service over the weekend.”

Ms Guttenberg, who her loved ones say was a talented dancer and passionate volunteer, was one of 17 victims who were last week shot dead, allegedly by teenage gunman Nikolas Cruz – a former student at Marjory Stoneman Douglas High School in Parkland, north west of Fort Lauderdale.

“This will be my life going forward. We will win,” Mr Guttenberg vowed, adding: “We will be able to safely send our kids to school. This could have been your kid.”

Guttenberg also reportedly expressed outrage at Trump taking to Twitter to politicize the tragedy, using it to distract from his concerns regarding the ongoing Russia investigation which exploded on Friday with the news that Special Prosecutor Robert Mueller’s team had indicted 13 Russians for tampering in the 2016 election.

Multiple other sources cited a longer quote, but Liberals Unite was unable to find corroboration for the exact phrase:

“Trump, you do not have my permission. Please do not use the murder of my daughter to further your agenda to discredit the Russian investigation. My family and I have not even heard from you since this happened. This is not a political problem, it’s a public safety problem. If you want to stand by me to discuss that and effect change in gun violence, then I will stand by your side, but you do not have my permission to use my daughters death to your political benefit regarding Russia in your tweets.”

“My heart is broken. Yesterday, Jennifer Bloom Guttenberg and I lost our baby girl to a violent shooting at her school. We lost our daughter and my son Jesse Guttenberg lost his sister. I am broken as I write this trying to figure out how my family get’s through this. We appreciate all of the calls and messages and we apologize for not reacting to everyone individually. Jen and I will be figuring things out today and so we ask that you respect out privacy. We will be getting messages out later regarding visitation. Hugs to all and hold your children tight.”

The Orlando Sentinel reported that: “The Guttenberg family was already mired in tragedy. Her uncle, Dr. Michael Guttenberg, who was assigned to the World Trade Center site on 9-11 when terrorists attacked the United States and worked in the debris from the towers afterward, died of pancreatic cancer linked to airborne toxins at Ground Zero in October.”

Fred Guttenberg’s sister, Abbie Youkilis, posted a message on her Facebook page as well, responding to the death of her brother Michael as well as expressing outrage at niece Jaime’s tragic death.

Particularly noteworthy portions of her post included the following:

We are not safe. This weekend we will bury my niece. Her name is Jaime Guttenberg and she was the 14 year-old daughter of my brother Fred and sister-in-law Jen. She was Jesse’s younger sister. Yesterday, she was murdered by a gun at her high school in Parkland Florida.

She concluded her emotional plea, writing: