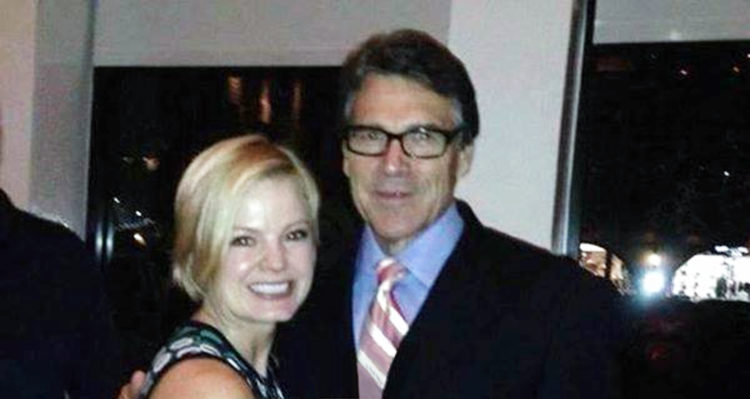 You have to look carefully at this photo to see what makes it so special, but it aptly describes what most of us think about Rick Perry after his claim that moving from fossil fuels to renewable energy is “immoral”.

Former Texas Governor Rick Perry’s presidential campaign “faced a meltdown after one of the most humiliating debate performances in recent US political history.”

As The Guardian reported at the time (Nov. 2011) many of Perry’s supporters suggested he drop his campaign and return to Texas, particularly in light of his embarassing and now infamous debate gaffe.

Perry’s moment of embarrassment came when he was asked about one of the main planks of his policy for cutting federal spending, the elimination of three departments.

“It’s three agencies of government when I get there that are gone: commerce, education, and the uh … what’s the third one, there? Let’s see.” He went on to say: “The third one. I can’t.” He made it worse by adding: “Oops.”

Nowadays, pitifully enough – Perry finds himself heading the very agency he wanted to drop – the Department of Energy which seems to be part of some master plan by the Trump administration to destroy portions of the federal government from within by appointing department heads who favor eliminating the very agency they now head.

Most recently, Perry made the insane claim that moving from fossil fuels to renewable energy was “immoral.”

Politico reported on 8 March 2018 that: “Energy Secretary Rick Perry said on Wednesday that it was ‘immoral’ to help poor nations shift off of fossil fuels.”

“Look those people in the eyes that are starving and tell them you can’t have electricity,” said Perry in remarks after his big speech to the oil and gas industry at the annual CERAWeek energy conference in Houston. “Because as a society we decided fossil fuels were bad. I think that is immoral.”

With that in mind, we think today is a perfect day to remind everyone about this photo from a few years ago of an unidentified woman posing with then-governor Perry. 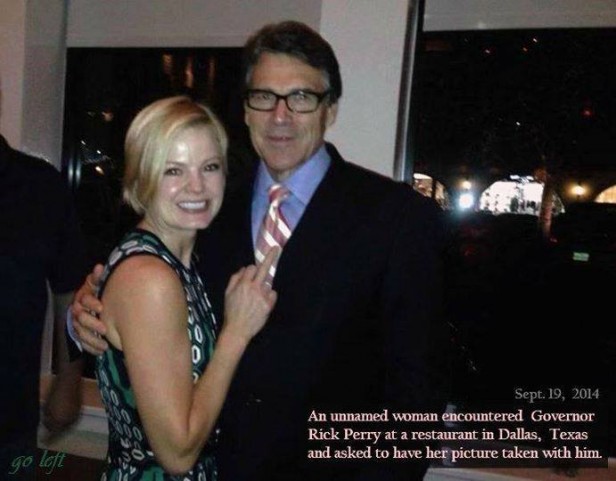 The Houston Chronicle and the San Antonio Express News both reported in September 2014 that the photo “could have been prodded by alcohol. The woman in the photo — identified only as ‘Amanda’ by the Juanita Jean Blog — flipped the camera the bird while posing with Perry.