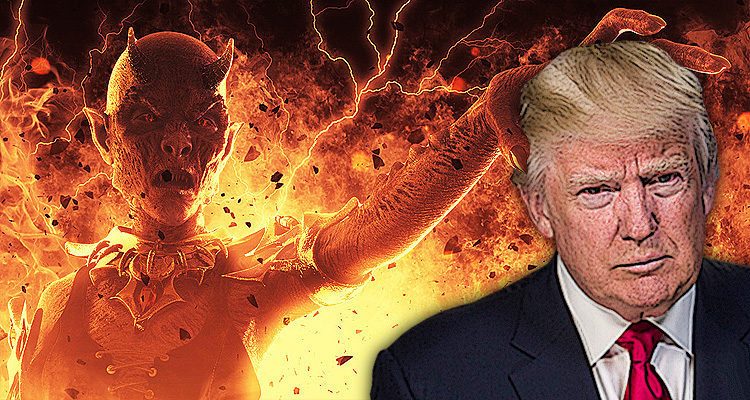 The Washington Post isn’t holding back any punches when it comes to calling out Trump for his lies.

Apparently feeling emboldened of the wake of recent White House staffing shake-ups and the late Friday firing of former FBI deputy director Andrew McCabe, Trump chose to ignore that advice and took aim at Mueller in a series of weekend tweets calling his investigation into possible collusion between his campaign and Russia a “witch hunt” and attacking Mueller’s credibility.

Trump also set his sites on former director of the FBI James Comey, the Department of Justice, and the FBI in a massive Twitter tantrum spanning from late Friday night through Monday morning when he posted a final “witch hunt” tweet.

Award-winning fact checker Glenn Kessler published a massive 1338-word analysis of Trump’s weekend tweets for The Washington Post – in one instance reporting that “There are so many things incorrect in this single tweet that it’s hard to know where to begin.”

Kessler analysed five individual tweets and one two-part tweet for a total of six. We will share the highlights from two of the more significant tweets.

Kessler began with the following tweet regarding the March 12 announcement by U.S. House Intelligence Committee Republicans that they were shutting down their investigation into Russian tampering in the 2016 campaign.

As the House Intelligence Committee has concluded, there was no collusion between Russia and the Trump Campaign. As many are now finding out, however, there was tremendous leaking, lying and corruption at the highest levels of the FBI, Justice & State. #DrainTheSwamp

The House Intelligence Committee made no such conclusion. The Republican majority offered preliminary conclusions, released in a one-page summary of a draft 150-page report, which said they found “no evidence of collusion, coordination, or conspiracy” between the Trump campaign and Russia. Democrats on the committee have said that the investigation was incomplete and that key witnesses had not been interviewed…

[Trump’s] sweeping attack on the FBI, the Justice Department and the State Department appears to mostly refer to former FBI director James B. Comey, whom Trump fired in 2017, and former FBI deputy director Andrew McCabe, who was fired late on March 16…..

The reference to the State Department is more obscure, but it may refer to contacts between two State Department officials and Christopher Steele, a former British spy who wrote the “dossier” that alleged connections between Trump and Russia.

Kessler’ sixth and final analysis was in regards to Trump’s false claim that Special Prosecutor Robert Mueller’s teams of investigators were comprised completely of Democrats.

Why does the Mueller team have 13 hardened Democrats, some big Crooked Hillary supporters, and Zero Republicans? Another Dem recently added…does anyone think this is fair? And yet, there is NO COLLUSION!

His analysis concluded that:

Pounding the last nail in Trump’s coffin, Kessler concluded his analysis reporting that: