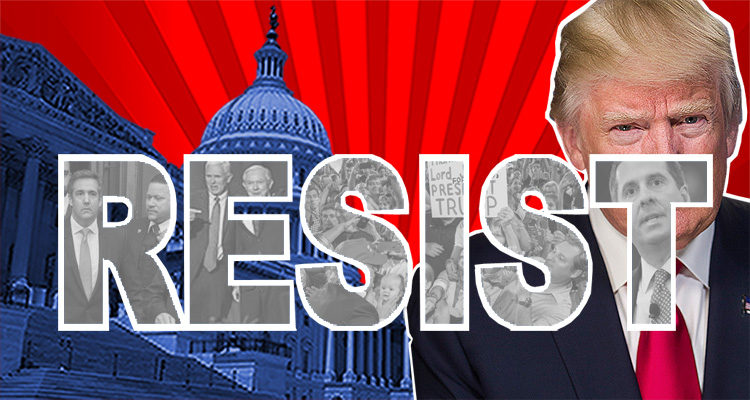 The American way of life is under fire, and all our gains are being imperiled by Trump’s administration; but there is something you can do to fight back.

Here are six ways you can push back against the Trump administration’s anti-civil rights, anti-immigrant, anti-Obamacare, anti-woman, anti-pretty-much-anything-that-makes-us-proud-to-be-Americans agenda.

3. ADVOCATE TRUTHFULNESS: Don’t idly stand by while Trump supporters and Republicans make false claims about having a mandate from the people and that we are sore losers. Use Twitter and Facebook, email and phones to remind people that Hillary Clinton has won the popular vote by over 1.7 million votes, and that margin is increasing as absentee and provisional ballots continue being counted. Remind them that Trump won the election due to an “arcane, insane 18th-century idea called the Electoral College” that Constitutional scholars say is a shameful remnant of slavery that must end.

Challenge that loudmouth at Starbucks, or on Twitter and Facebook spouting out his or her illogical, unsubstantiated opinion.