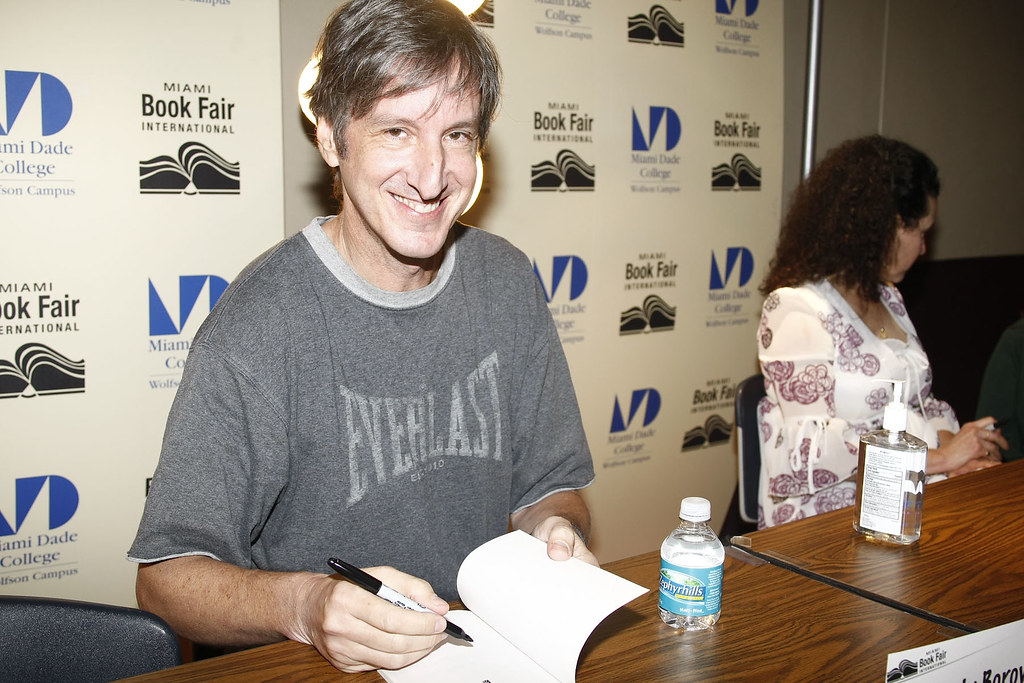 The New Yorker columnist Andy Borowitz delivered the perfect response to Trump’s latest round of whimpering about his border wall.

Trump spent much of the week last week talking about his beloved border wall.

He started out bright and early on Easter Sunday posting a series of misguided tweets demanding Republicans use the “nuclear option” to pass immigration laws and complaining about DACA, the Deferred Action for Childhood Arrivals program, and threatening NAFTA, the North American Free Trade Agreement.

He continued his rant on Monday with a three-part Twitter tantrum bashing Democrats, whimpering about “Caravans” of people trying to cross the border, demanding Republicans invoke the “nuclear option” – once again . He ended his rant, tweeting: “Must build Wall and secure our borders with proper Border legislation. Democrats want No Borders, hence drugs and crime!“

Trump continued tweeting randomly throughout the week; and, on Thursday, Mexican President Enrique Peña Nieto spoke out against Trump.

As The Washington Post reported, “Nieto delivered his most direct public rebuke of President Trump on Thursday afternoon, in a national address that characterized Mexico as willing to cooperate with the United States but not at the expense of its sovereignty or dignity.”

Peña Nieto spoke after Trump signed an order to deploy National Guard troops to halt “a drastic surge of illegal activity on the southern border.” In the past week, Trump has accused Mexico of doing little to stop illegal migration and expressed alarm about a caravan of hundreds of Central Americans who were crossing this country to highlight the plight of migrants — threatening to retaliate against Mexico if it didn’t stop the march.

“President Trump: If you wish to reach agreements with Mexico, we stand ready, as we have proved until now, always willing to engage in a dialogue, acting in earnestness, in good faith and in a constructive spirit,” Peña Nieto said. “If your recent statements are the result of frustration due to domestic policy issues, [due] to your laws or to your Congress, it is to them that you should turn to, not to Mexicans.”

New York Times best-selling author and comedian Andy Borowitz responded to all the border dram on Thursday as well, taking to his column – The Borowitz Report – with a brilliant and humorous faux report, titled “Mexico Agrees To Pay For Trump’s Psychiatric Care.”

Continuing, Borowitz wrote: “Speaking to reporters, the Mexican President, Enrique Peña Nieto, said that he had authorized funding for the psychiatry and proclaimed, ‘Work on Donald Trump could begin tomorrow.'”

Reporting that some Mexican taxpayers expressed concern that “a full course of psychiatric treatment could prove more costly than a border wall,” Borowitz concluded his faux report writing that

Peña Nieto warned against skimping on such a necessary expense.

“When the safety and security of the world is at stake, eight hundred dollars an hour is a bargain,” he said, but added that Mexico would try to find a therapist who takes insurance.