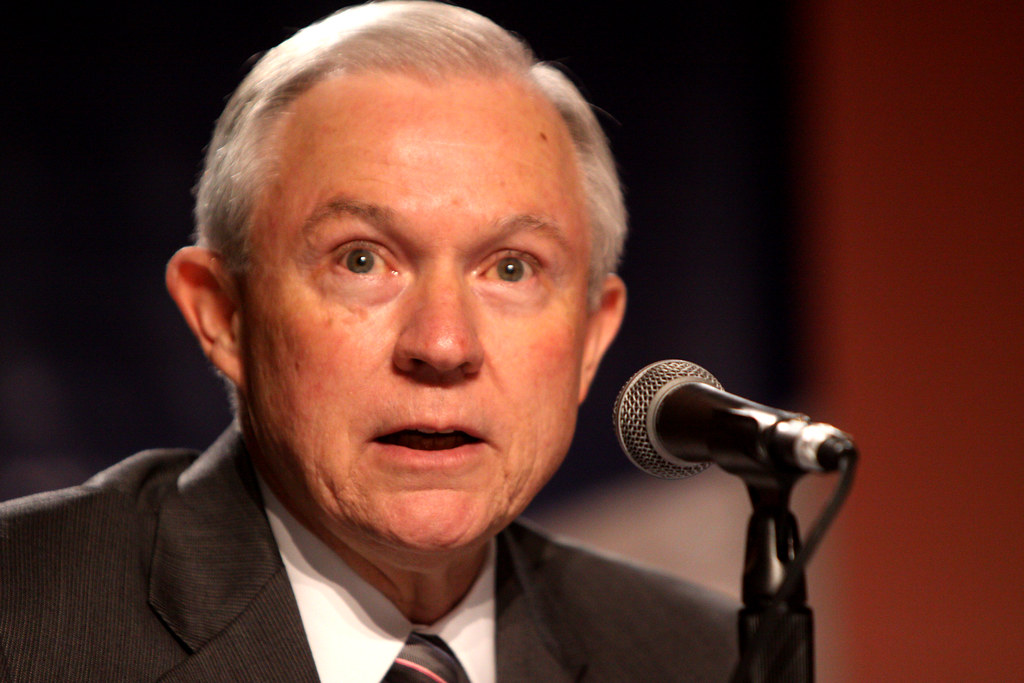 Jeff Sessions will eventually have to answer for all he knew about a Trump/Putin back-channel in a court of law.

Rolling Stone published a potentially damning article on Friday explaining that details from the recently published report from the House Intelligence Committee suggest that Sessions knew about a proposed Trump-Putin back-channel.

[The Democratic response to the Republican report on the Trump/Russia nexus] offers new details – and unanswered questions – about the role of the NRA as a conduit between Russia and the Trump campaign, raising fresh questions about then-Senator Jeff Sessions’ knowledge of Russian outreach.

In particular, the Democrats strongly suggest that Putin ally Alexander Torshin was running an op through the NRA: “The Kremlin-linked individual” – Torshin – “appears to have used the group” – the NRA – “to befriend and establish a backchannel to senior Trump campaign associates through their mutual affinity for firearms,” the Democrats write, “a strategy consistent with Russian tradecraft.”

The Democratic report also publishes a full excerpt of an infamous May 2016 email from Paul Erickson to the Trump campaign. (Previously, this email had only been reported in snippets by the New York Times.) Erickson is an NRA and GOP operative who repeatedly visited a Torshin-backed gun-rights group in Moscow. He later started a mysterious business with Torshin’s protege, Maria Butina, in South Dakota.

The excerpt is illuminating: Erickson addressed the email – which included a proposed meeting between candidate Trump and Russian President Vladimir Putin – to Rick Dearborn, then a top Trump campaign staffer.

However, Rolling Stone explains, “the full text suggests Sen. Jeff Sessions was directly in the loop.”

Here is what Erickson wrote:

“I’m now writing to you and Sen. Sessions in your roles as Trump foreign policy experts/advisors. […] Happenstance and the (sometimes) international reach of the NRA placed me in a position a couple of years ago to slowly begin cultivating a back-channel to President Putin’s Kremlin. Russia is quietly but actively seeking a dialogue with the U.S. that isn’t forthcoming under the current administration. And for reasons that we can discuss in person or on the phone, the Kremlin believes that the only possibility of a true re-set in this relationship would be with a new Republican White House.”

That this email was found in Sessions’ files is a startling revelation. Sessions previously told House investigators that he did not recall the outreach by Erickson, according to the New York Times. And it may provide new context for why Sessions recused himself from the Justice Department’s Russia investigation.

Sessions said he was livid when Papadopoulos spoke of making contact with Russia (spoiler: he wasn’t) and told him not to discuss it again (spoiler: he didn’t say that). So should we assume that in May 2016—when Erickson emailed and Sessions saw it—he “again” went ballistic? And if Sessions “again” went ballistic, why didn’t that stop Page, Papadopoulos, Gordon, Phares, and Schmitz—all on the team Sessions headed—from having suspicious encounters with Russians and (for Schmitz) Hungarians and possibly Russians? Or—for that matter—Sessions himself?

For those unfamiliar with his work, Abramson has been publishing extensive Twitter threads and mega-threads regarding the ongoing investigation into alleged ties between the Trump campaign and Russia.