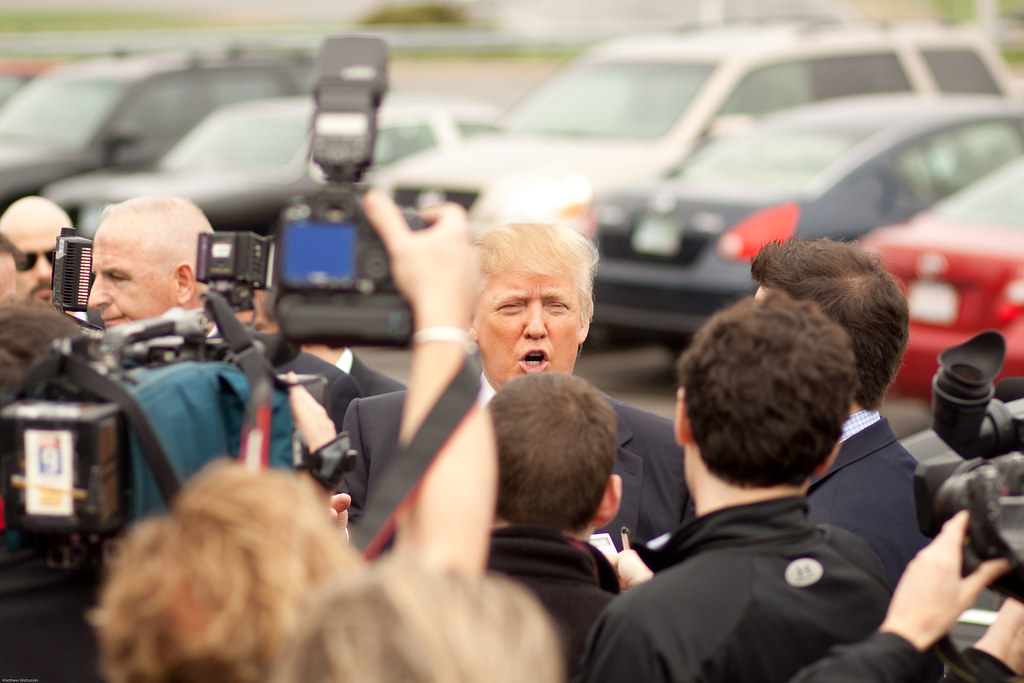 “Is Trump scared of Putin?” The Chicago Tribune accuses Trump of acting against the strong preference of Americans – Republican and Democrat – when it comes to Putin.

The Chicago Tribune published a rebuke of Trump’s handling of Russia in an article titled: “Is Trump Scared of Putin?”

Trump finds himself on the hot seat again after three failed attempts to appear to be tough on Putin.

In the midst of this tumultuous environment, the Chicago Tribune began their article, reporting that: “U.N. Ambassador Nikki Haley, who is used to being surrounded by diplomats representing murderous regimes, has found out the most dangerous place for her to be: between Donald Trump and Vladimir Putin.”

The Chicago Tribune went on to report how Trump likes to play the tough guy with everyone but Russian President Vladimir Putin.

Trump takes pride in his self-image as a tough guy. When a protester disrupted a rally, he said, “I’d like to punch him in the face.” After the Parkland, Fla., shootings, he said he probably would have run in to confront the killer, even without a gun.

He’s always putting foreign leaders in their place. He’s slapped the Chinese with tariffs and said he would welcome a trade war. He’s threatened North Korea with destruction. He’s denounced the “brutal and corrupt Iranian regime.”

Continuing, the Chicago Tribune notes that: “when it comes to Putin, Trump doesn’t come across as fierce or demanding. He comes across as scared.”

“Why is not clear,” they continued. “But what we know already is that he practically grovels before Putin.”

During the campaign, he said over and over that Putin had been “very nice” to him. He praised Putin as “a strong leader.” Strangest of all, he complained about Hillary Clinton’s stance on Russia: “She shouldn’t be talking so tough.”

The Chicago Tribune went on to remind readers that Trump shared top secret information with Russian ambassadors during a meeting at the Oval Office, recently congratulated Putin on his  re-election, and invited him to visit the White House “after Britain accused Russia of poisoning a former Russian spy and his daughter.”

They concluded their article, writing:

The docility Trump has so often shown suggests that he is desperate to avoid antagonizing the Russian leader. He doesn’t seem to care that appeasement is unpopular. A new ABC News poll found that 74 percent of Democrats and 68 percent of Republicans favor stronger sanctions on Russia.

Trump is also acting against the preferences of congressional Republicans — even though it means looking spineless.

He seems to know something that we don’t know — and that he doesn’t want us to know. Maybe the Kremlin doesn’t have material that could destroy Trump. But his administration looks like the world’s longest hostage video.