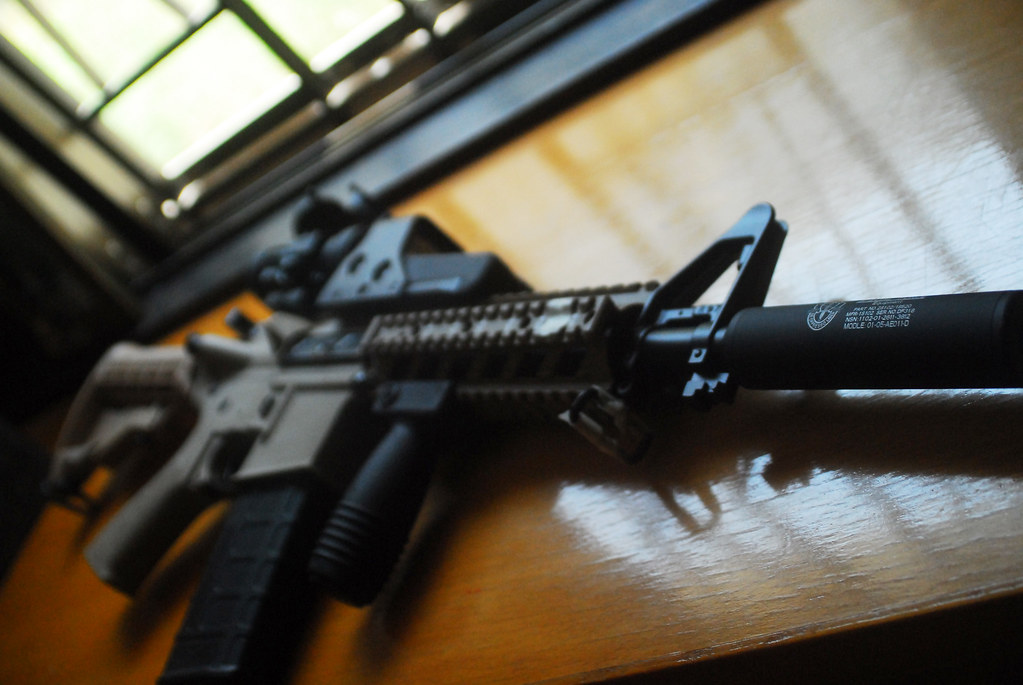 It would appear that those #NeverAgain teens and other anti-gun violence activists are affecting assault weapon manufacturers’ bottom lines.

It appears that at least one gun manufacturer is feeling the heat from the #NeverAgain movement in the wake of the tragic Marjory Stoneman Douglas High School shooting in Florida last February in which 17 people were killed and an additional 17 injured.

That shooting sparked nation-wide shootings, creating the #NeverAgain movement which has claimed several successes, not the least of which was forcing ultra-conservative Florida Gov. Rick Scott to sign an expansive bill in March that raised the minimum age for buying rifles in Florida from 18 to 21 and established waiting periods and background checks among other measures.

The National Rifle Association was quick to respond, filing a lawsuit challenging the constitutionality of the age restriction.

Gun manufacturers are at odds with recent developments as well with Think Progress reporting on Sunday [May 20] that:

Vista Outdoor, a major manufacturer of assault weapons, is complaining that school shootings, particularly the massacre at Marjory Stoneman Douglas High School that left 17 dead, is having an adverse impact on its profits.

The complaint was buried in a filing that was made with the Securities and Exchange Commission on Thursday. The filing, called a 10-K, reviews the company’s financial performance over the last year and discusses “risk factors” for the future.

Vista Outdoor noted among risk factors: “[The] use of social media to disseminate negative commentary and boycotts” that “may adversely impact” their bottom line.

There has been a substantial increase in the use of social media platforms, including blogs, social media websites, and other forms of Internet-based communications, which allow individuals access to a broad audience of consumers and other interested persons. Negative commentary regarding us or our brands may be posted on social media platforms at any time and may have an adverse impact on our reputation, business, or relationships with third parties, including suppliers, customers, investors, and lenders.

Social media platforms also provide users with access to such a broad audience that collective action, such as boycotts, can be more easily organized. Such actions could have an adverse effect on our business, financial condition, results of operations and or cash flows.

We serve the outdoor sports and recreation markets through a diverse portfolio of over 50 brands that appeal to a broad range of end consumers. The perspectives of the broad range of consumers we serve are varied and can cause conflict across brands.

For example, in the wake of tragic shootings at the Marjory Stoneman Douglas High School in Parkland, Florida in February 2018, a campaign was launched on social media seeking the boycott of certain Outdoor Products brands because of their association with the Company and its brands that operate in the shooting sports industry. Certain of our retail and distributor partners publicly indicated that they would delay future orders of some products in our Outdoor Products segment because of the association with some of our Shooting Sports brands.

Taking a more aggressive approach than Think Progress, Mother Jones reported on the filing and Vista Outdoor’s concern about boycotts in specific writing that said:

In other words, those pissed-off #NeverAgain teens and other anti-gun violence activists may be having an effect on gun companies’ bottom lines. As Vista gripes, “The harm may be immediate without affording us an opportunity for redress or correction.” Welcome to the internet.

Continuing, Mother Jones report that those concerns are well justified, adding that Vista Outdoor might very well use the current situation as an excuse to pull out of the firearms business altogether.

Shortly after the Parkland shooting, REI announced that it would stop selling Vista brands such as CamelBak. Dick’s Sporting Goods said it would no longer sell assault-type rifles and that it will destroy its remaining inventory of those guns (much to the dismay of the National Rifle Association).

Vista’s complaints about its unfair treatment on social media may help it justify its decision to get out of the gun business altogether. In early May, the company said it would “explore strategic options” for Savage, which was interpreted as a signal that it might unload the gun company. The announcement prompted a 15 percent drop in Vista’s stock price.