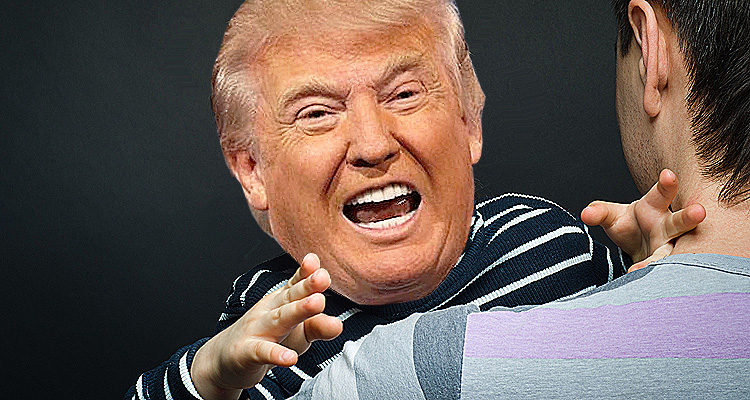 “This is likely one of the best tweets I will ever see in my lifetime. Without. A. Doubt.” ~ Michael Avenatti

Stormy Daniels’ attorney, Michael Avenatti, has been dishing it out to Trump in the courtroom and on social media; and he had a golden opportunity to troll Trump earlier today.

Callan has suggested during a Monday appearance on CNN‘s  “Anderson Cooper 360°” that Stormy Daniels didn’t have a case because an adult film star can’t be defamed.

Cooper asked Callan directly: “Just because somebody is an adult film [star], they cannot be defamed?”

To which Callan responded:

As a matter of principle, you’re probably right: Someone who’s made 500 pornographic films can be defamed, in theory. But you put 12 ordinary people on a jury and say to them, ‘Award her money because someone called her a liar,’ I think you’d have a hard time getting a substantial damage award. Now, maybe you’d get a symbolic award, sometimes jurors say will award a dollar in damages to send a message that we won’t tolerate this sort of thing, but actual damages justifying all of the effort that’s gone into this lawsuit, I don’t see it — which means the lawsuit is a publicity lawsuit and a publicity stunt.

Referencing an earlier tweet by Trump, boasting about his intellect, Twitter user Doreen Anderson responded to one of Avenatti’s tweets, writing: “big tits don’t make a woman a liar any more than small hands make a man a stable genius.”

big tits don't make a woman a liar any more than small hands make a man a stable genius.

Avenatti responded by retweeting her post, writing: “This is likely one of the best tweets I will ever see in my lifetime. Without. A. Doubt.”

We agree, what do you think? Let us know in the comments section, below.

This is likely one of the best tweets I will ever see in my lifetime. Without. A. Doubt. #basta https://t.co/20iDyt0WlX

Now that Russian collusion, after one year of intense study, has proven to be a total hoax on the American public, the Democrats and their lapdogs, the Fake News Mainstream Media, are taking out the old Ronald Reagan playbook and screaming mental stability and intelligence…..

….Actually, throughout my life, my two greatest assets have been mental stability and being, like, really smart. Crooked Hillary Clinton also played these cards very hard and, as everyone knows, went down in flames. I went from VERY successful businessman, to top T.V. Star…..

….to President of the United States (on my first try). I think that would qualify as not smart, but genius….and a very stable genius at that!