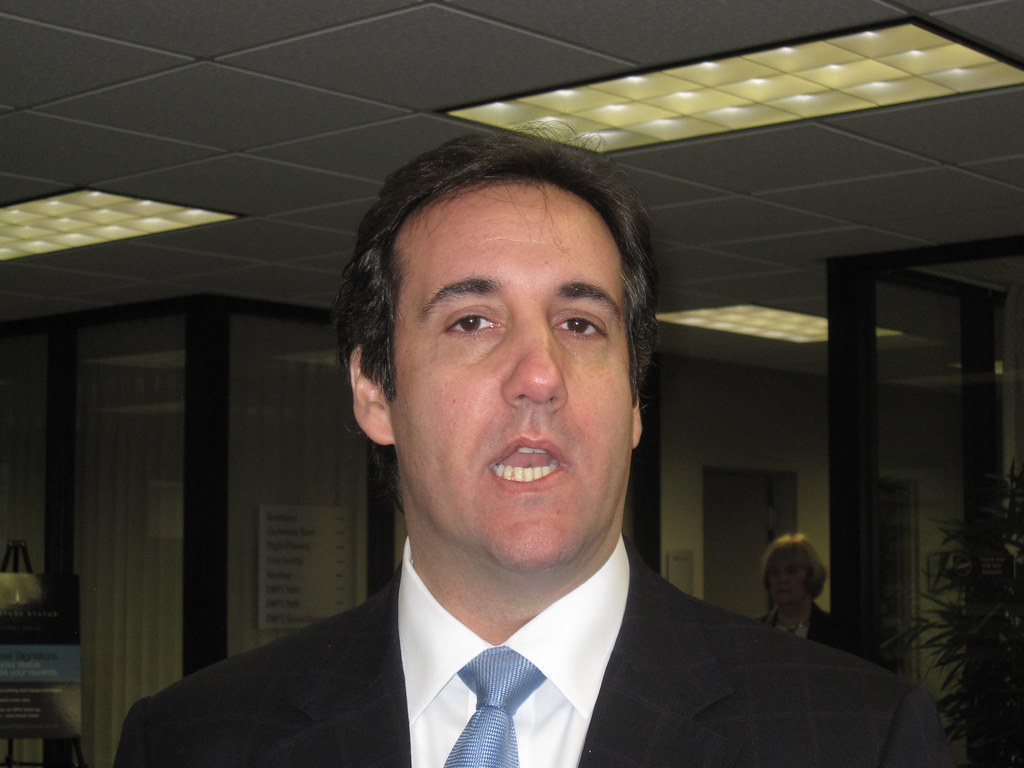 A 2015 recording of Michael Cohen threatening a reporter on behalf of then-candidate Donald Trump has been released for the first time by NPR.

At the end of July 2015, Tim Mak wrote an article for the Daily Beast detailing allegations that Donald Trump had raped his ex-wife Ivana Trump.

Mak reported at the time that:

Not only does the current frontrunner for the Republican presidential nomination have a history of controversial remarks about sexual assault, but as it turns out, his ex-wife Ivana Trump once used “rape” to describe an incident between them in 1989. She later said she felt “violated” by the experience.

Ivana Trump’s assertion of “rape” came in a deposition—part of the early ’90s divorce case between the Trumps, and revealed in the 1993 book Lost Tycoon: The Many Lives of Donald J. Trump.

Mak also explained that Michael Cohen, special counsel at The Trump Organization at the time, defended Trump– telling him that it is not legally possible to rape your wife.

Mak who now works for National Public Radio (NPR) released the audio recording of his conversation with Michael Cohen regarding that article on Thursday (May 31, 2018).

Providing some background to the incident, Mak wrote the following disturbing passage regarding Cohen’s pattern of threatening people on Trump’s behalf:

Making legal threats on Trump’s behalf has been typical for Cohen. He is a lawyer, but he is often referred to as a “fixer,” who cleans up issues for his boss before they become bigger problems.

Sam Nunberg, a political adviser close to Trump in the earliest days of the campaign, says Trump cultivated an aggressive environment within the Trump Organization, where Cohen worked under the title of “special counsel.”

“He was supposed to say and act the way Donald wanted him to act,” Nunberg said. “Michael had even expressed sometimes regret that he did certain things, or had to send nasty emails, or give nasty phone calls to certain reporters that he personally liked — because it was at the direction of Donald.”

Turning to his actual conversation with Cohen, Mak wrote:

I started writing about a 1993 biography of Trump written by former Newsweekreporter Harry Hurt III. According to the book, The Lost Tycoon, Trump’s first wife, Ivana, claimed in a sworn deposition during her divorce proceedings that Trump had raped her.

As the book was coming out, she said she didn’t mean rape in a criminal or literal sense, and she has since praised the president. Trump has called the claim false.

When I reached out to campaign spokeswoman Hope Hicks about the claim in the book, I got an angry call from Cohen in return.

His first tactic was to try to persuade me not to run the story — but he did so by falsely claiming that spousal rape was not a crime.

This is the first time that audio is being published.

“You’re talking about Donald Trump, you’re talking about the front-runner for the GOP, presidential candidate, as well as private individual, who never raped anybody and of course understand that by the very definition you can’t rape your spouse,” Cohen can be heard telling Mak.

Mak responded that spousal rape has been illegal in New York since 1984.

Cohen then tried a different approach telling him: “Mark my words for it, I will make sure that you and I meet one day over in the courthouse and I will take you for every penny you still don’t have, and I will come after your Daily Beast and everybody else that you possibly know. Do not even think about going where I know you’re planning on going. And that’s my warning for the day.”

Mak responded: “Michael, besides the warning, do you have a substantive comment that I can include in the piece that reflects your views on this?”

“I have no views because there’s no story,” Cohen replied.

As the recording revealed, the legal threats continued.

“So I’m warning you, tread very f***ing lightly because what I’m going to do to you is going to be f***ing disgusting. Do you understand me? Don’t think you can hide behind your pen because it’s not going to happen,” Cohen said. “I’m more than happy to discuss it with your attorney and with your legal counsel because motherf***** you’re going to need it.”

Detailing the incident, Mak added that:

[Cohen] also talked about past lawsuits, like one against Univision. The Spanish-language network dropped Trump’s Miss USA pageant because of his disparaging comments about Mexican immigrants when he launched his presidential bid in 2015.

“I think you should go ahead and write the story that you plan on writing; I think you should do it because I think you’re an idiot, all right, and I think your paper is a joke,” Cohen said. “And it’s going to be my absolute pleasure to serve you with a $500 million lawsuit like … I did to Univision.”

You can listen to the recording, below: