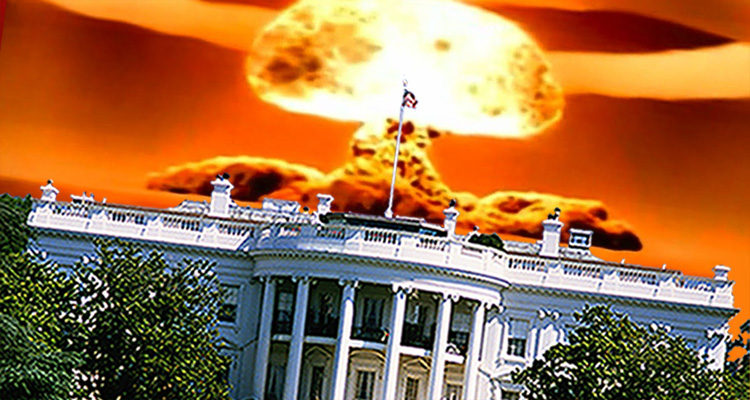 Trump suffered one of the worst weeks of his presidency so far – and there is still time for more bombs to drop.

The Washington Post reported on Trump’s now infamous remark about winning, delivered at a North Carolina campaign rally in February 2016.

If this week is any indication, Trump seems to have gotten the whole thing backwards – well, except the part about America having a massive headache.

Below is a short review of some of the major events of the week.

The issue at hand involves an inexplicable tweet posted by Trump announcing that he was going to roll back his administration’s own sanctions on Chinese telecom company ZTE.

Well, as it turns out, there is reason to believe that China bribed Trump. Huffington Post reported that: “Trump will profit from an Indonesian resort project that will get $500 million in Chinese loans in a deal sealed days before before his tweet ordering help for ZTE.”

Enter Richard W. Painter, Bush Jr’s ethics attorney, who posted a link to that article, tweeting: “This is bribery. The Constitution expressly provides that bribery is an impeachable offense. If the House and Senate don’t act now they must be voted out in November. Americans are fed up!”

The Washington Post reported that Trump Jr. is knee deep in trouble:

The Senate Judiciary Committee released documents [on Wednesday] showing how interested Donald Trump Jr. was in finding dirt on Hillary Clinton from foreign sources. The Post reports: “Rinat Akhmetshin, a former Soviet soldier and Russian-American lobbyist who attended the [June 2016 meeting at Trump Tower], told the committee that Trump Jr. had opened the session by getting straight to the point:  ‘I believe you have some information for us,’ Akhmetshin recalled the president’s son telling [Russian lawyer Natalia] Veselnitskaya.”

It could not be more obvious that Trump Jr. was asking a foreign source for information to help his father win an election. Moreover, the denial of any Russian contacts during the campaign is in tatters.

Contradicting the House Intelligence report, the Senate [Intelligence] Committee found — just as our intelligence community said — that Russia intervened in the election to facilitate Trump’s victory. “The Russian effort was extensive, sophisticated, and ordered by President [Vladimir] Putin himself for the purpose of helping Donald Trump and hurting Hillary Clinton,” ranking Democrat Sen. Mark R. Warner (D-Va.) announced, as the Post reported.

Even more damning: “Everyone that we’ve ever had testify still stands by the full findings of the ICA,” Warner said. “We’ve had all the Obama officials, we’ve had all the Trump officials. Every person.”

However, the payment was not revealed in that filing. The OGE’s acting director [Dave Apol] on Wednesday gave the Justice Department both this year’s report and last year’s report “because you may find the disclosure relevant to any inquiry you may be pursuing.”