An Avalanche Of Lies, Confusion, And Chaos Consume The White House Making It Impossible To Even Debate Immigration 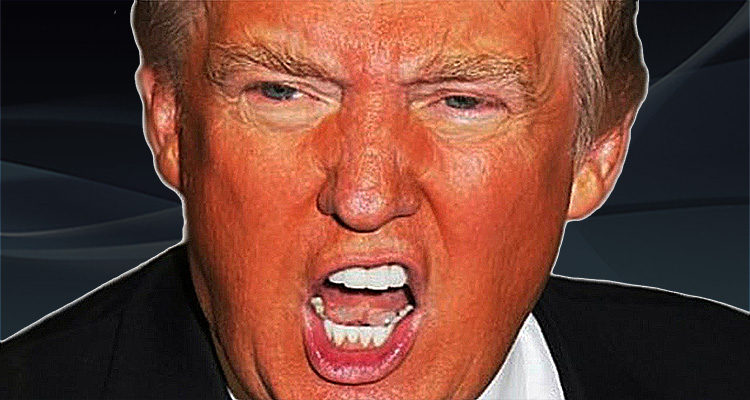 Conflicting stories within the Trump administration regarding its own immigration policy is making it impossible to find any solutions to the ongoing horror of children being separated from their parents.

The country is literally being torn apart by the horror of immigrant children, many still in diapers, being torn from their parents as the result of Attorney General Sessions’ “zero-tolerance” directive.

NBC News reported that the Trump administration is divided over how to talk about the policy and whether it even exists, making it damn near impossible to even debate the issue.

What’s also noteworthy about Trump’s border policy is how divided the Trump administration is when TALKING about it. As NBC’s Benjy Sarlin points out, you have one faction (President Trump) falsely blaming Democrats for the policy; you have another faction (DHS Secretary Nielsen) denying that the Trump administration is separating families; and you have another faction proudly touting the policy (Attorney General Jeff Sessions, White House Chief of Staff John Kelly and White House adviser Stephen Miller).

Sarlin writes, “It’s almost impossible to even debate the policy in this circumstance. If one side says it’s a deterrent, one side says it’s an unavoidable accident, and a third says it’s technically not happening, and they’re all the same side, there’s no way to actually discuss the merits.”

“The result of a consistent and total substitution of lies for factual truth is not that the lie will now be accepted as truth and truth be defamed as a lie, but that the sense by which we take our bearings in the real world–is being destroyed.” ~ Origins of Totalitarianism, 1951.

Following up on that tweet, Laurie K. wrote: “Avalanche of lies, confusion, chaos designed to overwhelm our critical thinking skills. They are attempting to make the truth seem unknowable.”

Avalanche of lies, confusion, chaos designed to overwhelm our critical thinking skills. They are attempting to make the truth seem unknowable.

Returning to the White House, it is perhaps more telling that Trump cannot even get agreement within his family on his administration’s zero-tolerance policy.

As The Washington Post reported on Sunday, First Lady Melania Trump issued a statement through her spokeswoman Stephanie Grisham:

“Mrs. Trump hates to see children separated from their families and hopes both sides of the aisle can finally come together to achieve successful immigration reform. She believes we need to be a country that follows all laws, but also a country that governs with heart.”

The initial reaction from many of her husband’s critics, no surprise, is that this is far too little. Social media is awash with the word “complicit.”

But the last sentence in particular is a stark — and, yes, I’ll say it, brave — rejection of her husband’s repeated efforts to shift the blame for this to anyone else. While he continues to lie by saying that Democrats are at fault, Melania Trump’s Father’s Day statement emphasizes the fact that laws are always applied with discretion and that we can be both a law-abiding country and one that “governs with heart.”

Former First Lady Laura Bush wrote a scathing indictment of the Trump administration:“I live in a border state. I appreciate the need to enforce and protect our international boundaries, but this zero-tolerance policy is cruel. It is immoral. And it breaks my heart,” she wrote for The Washington Post, adding: “These images are eerily reminiscent of the Japanese American internment camps of World War II, now considered to have been one of the most shameful episodes in U.S. history.”

As NBC News reported, many Republicans are turning on the administration’s immigration policy as well; but, with the White House in chaos, any meaningful discussion or debate seems moot – as discussed above.