Even Karl Rove Is Getting Fed Up With Trump, Compares Him To Stalin – Video 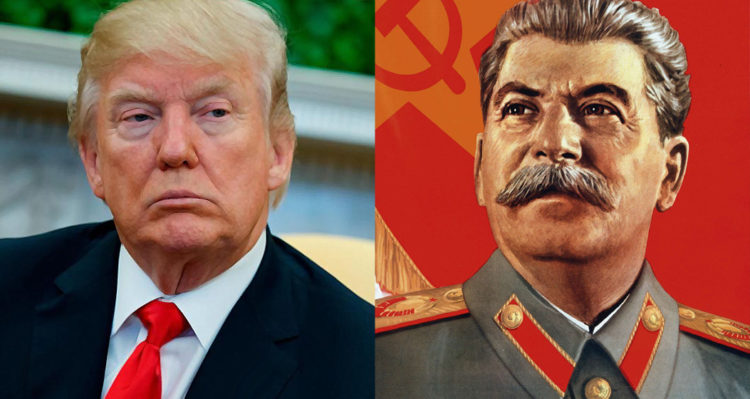 Karl Rove compares Trump to Stalin and warns that he should lower his expectations regarding the midterm elections.

He went on to explain that Republicans have a chance to pick up seats in the Senate because ten of the twenty-six Democrats up for re-election are in states that were won by Trump during the 2016 general election and only one of the nine Republicans is from a state won by Democratic opponent Hillary Clinton.

That portion of the segment (which begins at the 6 minute, 30 second mark) began with Fox News showing a recent tweet by Trump, bashing the media.

The Fake News hates me saying that they are the Enemy of the People only because they know it’s TRUE. I am providing a great service by explaining this to the American People. They purposely cause great division & distrust. They can also cause War! They are very dangerous & sick!

Asked what his thoughts were “as the president continues to take on the media,” Rove responded that Trump should adopt a more respectful manner when dealing with the press:

“Look I think this is over the top. Every president has a problem with the media. I was in the White House for seven years and I didn’t like the coverage they gave George W. Bush particularly the liberal ‘New York Times’ but I think the president is better if he makes his case on a case-by-case basis. That is to say when they say something that is wrong and then he respectfully disagrees with them.”

“I think calling names is not helpful to our country from any side. Calling them the enemy of the people that just grates on me. I grew up during the time of the Cold War. That is a phrase that was used by Stalin against the enemies of the communist regime. I think the president would be well advised to tone down the rhetoric.”