The Washington Post Straight Up Calls Trump A Liar – Video 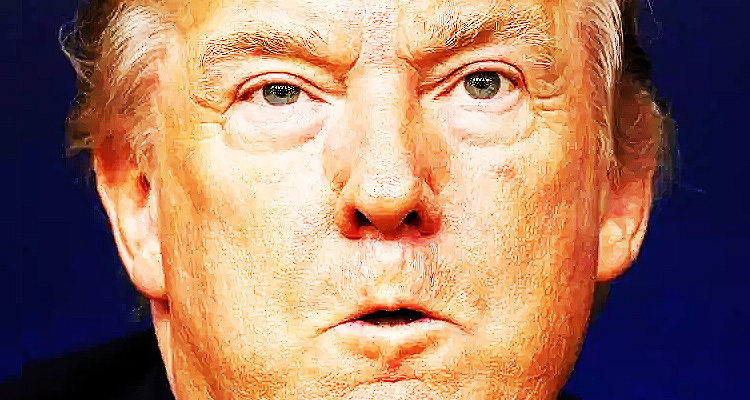 Scrolling through my Twitter feed the other night, I was struck by a tweet by Juliet Eilperin, a senior national affairs correspondent for The Washington Post.

She tweeted that, for the first time ever, Washington Post Fact Checker and two-time Pulitzer Prize winner Glenn Kessler published an article stating that a politician deliberately lied.

Going to her link, a roughly 4-minute video accompanies an article detailing all the lies told by Trump and his administration regarding hush-money payments to silence women.

Kessler explained in his article and video that:

The first denial that Donald Trump knew about hush-money payments to silence women came four days before he was elected president, when his spokeswoman Hope Hicks said, without hedging, “we have no knowledge of any of this.”

The second came in January of this year, when his attorney Michael Cohen said the allegations were “outlandish.” By March, two of the president’s spokesmen — Raj Shah and Sarah Huckabee Sanders — said publicly that Trump denied all the allegations and any payments. Even Cohen’s attorney, David Schwartz, got in on the action, saying the president “was not aware of any of it.”

It’s now clear that the president’s statement was a lie — and that the people speaking for him repeated it.

Kessler went on to explain that Trump’s “loose relationship with the facts” has created difficulty with deciding how, exactly, to cover his many falsehood.

Noting that “The Washington Post’s Fact Checker had documented 4,229 false or misleading claims from the president — an average of nearly 7.6 a day,” Kessler added that:

Trump’s allies have defended the president by suggesting that facts are debatable. Early into his presidency, one aide famously said he was operating with “alternative facts.” On Sunday, Trump attorney Rudolph W. Giuliani declared: “Truth isn’t truth.”

How to characterize Trump’s statements has become its own pitched political battle, with many of the president’s critics demanding that they be called “lies.” The Fact Checker has been hesitant to go that far, as it is difficult to document whether the president knows he is not telling the truth.

On Wednesday, Sanders said during a White House briefing that it was “a ridiculous accusation” to say the president has lied to the American people.

But this week’s guilty plea by Cohen, offers indisputable evidence that Trump and his allies have been deliberately dishonest at every turn in their statements regarding payments to Daniels and Playboy model Karen McDougal.

The rest of his article tells “the definitive story of a Trump lie,” his denial of any knowledge of those hush money payments.

You can watch Kessler’s video, below: