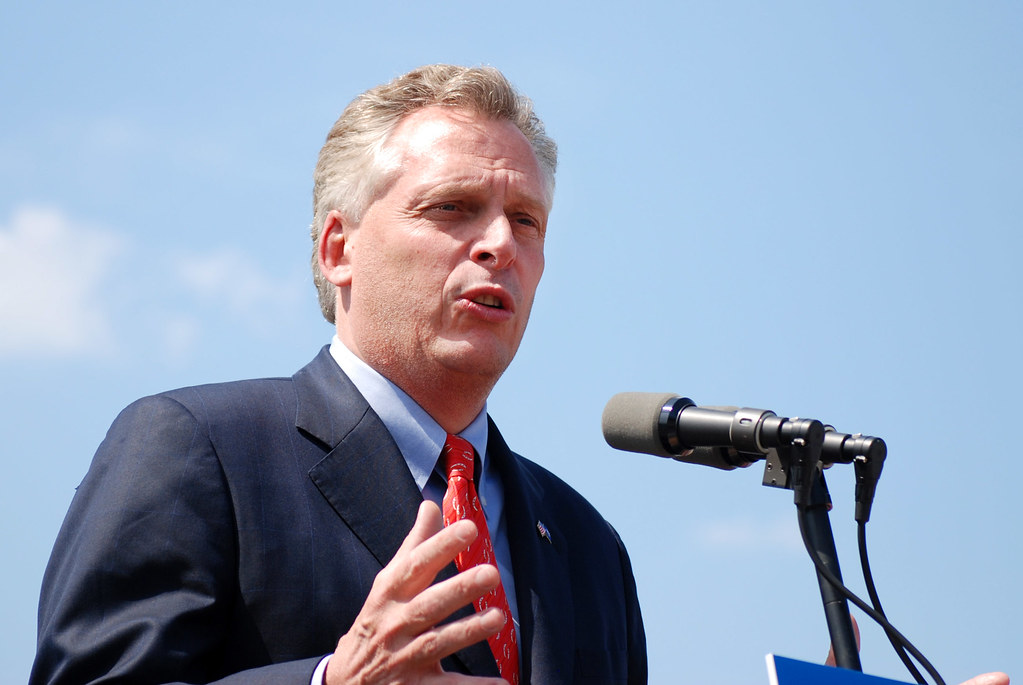 Virginia Republicans plan to compromise the safety of their Democratic governor.

Dissatisfied with the firearms policy of Democrat Governor Terry McAuliffe, Virginia Republicans plan to strip him of his security detail as a means of retaliation.

In keeping with his promise to push for greater gun safety Virginia, McAuliffe issued an executive order last October “outlawing the open carry of guns in some state-owned buildings and pushing for tighter gun control measures.”

As WDBJ7 reported at the time: McAuliffe also signed an executive order “setting up a task force aimed at more robust prosecution of gun crimes. The order also establishes a statewide tip line to report gun crimes, and orders state police to request a trace of every gun involved in a crime in Virginia.”

“The actions directed in this executive order will help our Commonwealth better enforce Virginia laws designed to keep guns away from people who would use them for harm,” Gov. McAuliffe said in a statement, adding: “The task force I have convened will take tangible steps to bring more successful prosecutions of gun crimes, and the other steps outlined in the order will aid in our efforts to keep families safe from gun violence. We must continue to work to overcome political resistance to commonsense gun safety legislation, but in the mean time I am committed to using every power of my office to prevent senseless killings.”

Then in March of this year, MSNBC reported that “McAuliffe vetoed three firearms bills approved by lawmakers during the state’s 2015 legislative session, despite a state Senate committee refusing to pass 10 of his gun-control measures in January.” A few weeks later, in April, Gov. “McAuliffe won every veto battle with the Republican-controlled General Assembly.”

“From drawing legislative lines outside of the constitutional process, to loosening Virginia gun laws and unnecessarily disrupting the ability of law enforcement and the Virginia Board of Education to do their jobs, these bills do not make Virginia stronger or more competitive,” McAuliffe, a Democrat and gun owner, said at the time.

In a December 22, 2015 press release, Herring wrote that: “Effective February 1, 2016, Virginia will no longer recognize concealed handgun permits from 25 states whose qualifications do not meet Virginia’s safety standards.”

“Virginia, and nearly every other state in the country, have recognized that carrying a concealed handgun is a significant responsibility that should be extended only to those who have gone through a process to prove a level of competency and responsibility,” Herring continued. “Our General Assembly has already identified who can and cannot conceal their handguns in Virginia. Those standards should apply to everyone in Virginia equally, at all times. They should not be undermined by wrongly recognizing permits from other states with more permissive standards.”

In response, angry Republican legislators are firing back. Virginia Senator Bill Carrico told The Herald Courier last week that he plans to introduce an amendment to the state budget during the State Senate’s January session that would defund the protective detail for Gov. McAuliffe.

“A lot of the governor’s power is deferred to the General Assembly at that point and I’ll be getting with my colleagues to circumvent everything this governor has done on this point,” Carrico said, adding: “I have a budget amendment that I’m looking at to take away his executive protection unit. If he’s so afraid of guns, then I’m not going to surround him with armed state policemen.”