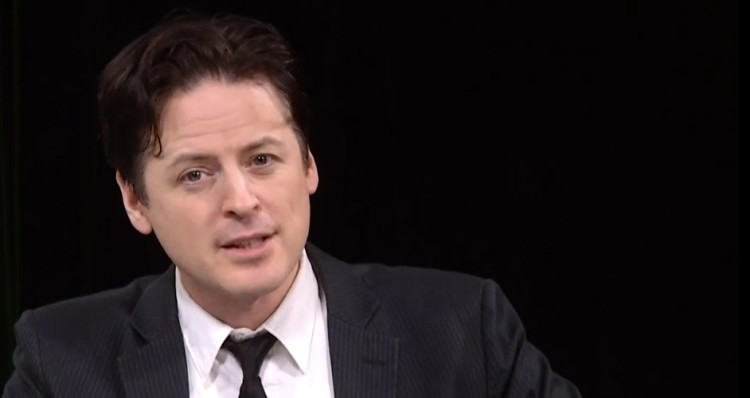 John Fugelsang thoroughly destroys Republicans in this classic monologue about Jesus, Republicans and The Bible.

John Fugelsang – no stranger to religion, having grown up as a child of two ex-clergy members – tore apart every single GOP candidate in just over a minute.

The GOP just can’t stop mentioning Jesus, some of them claiming he asked them to run directly (guess the signal was weak when he mentioned which one). They bring Jesus up so much that he’s, “like a mascot holding pom poms on the sidelines” for the Republican party.

“So wouldn’t the GOP love to get behind a peaceful, radical, nonviolent revolutionary who hung around with lepers, criminals and hookers? Who never spoke English? Who was not an American citizen? A man who was anti-capitalism, anti-wealth, anti-public prayer (yes, He was, see Matthew 6:5), anti-death penalty, but never once remotely said anything anti-gay, didn’t mention abortion, didn’t mention premarital sex? A man who never justified torture? A man who never called the poor lazy? Who never asked a leper for a co-pay? A man who never fought for tax cuts for the wealthiest Nazarenes? And who was a long-haired, brown-skinned (that’s in Revelations), homeless middle Eastern Jew?”

Through a rapid-fire of facts Fugelsang continues to blast the GOP’s image of the capitalist-white-Jesus that simply does not exist, finishing, “of course that’s only if you believe what’s actually in the Bible.”

Blogger and author Tim Fleming provided an outstanding summary conclusion to this clip.

“Can you imagine how the return of real Jesus would shake up conservatives?” he asks. “The point is, Republicans have no idea who Jesus really is. Or maybe they do, and like smarmy, snake-oil salesmen they are simply pandering to their Evangelical base.”

Fleming concludes by noting that “Either way, the real Jesus has already chastised them in unequivocal words.”

“Beware of practicing your righteousness before other people in order to be seen by them, for then you will have no reward from your Father who is in heaven.” ~ Matthew 6:1 ESV

“If anyone says, ‘I love God,’ and hates his brother, he is a liar; for he who does not love his brother whom he has seen cannot love God whom he has not seen.” ~ 1 John 4:20 ESV