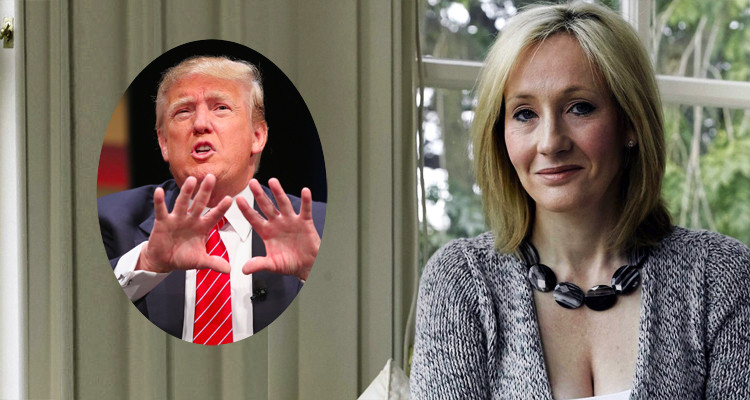 J.K. Rowling reminded the world that free speech is a two-way street during a speech at the PEN America literary gala on Monday night.

“Intolerance of alternative viewpoints is spreading to places that make me, a moderate and a liberal, most uncomfortable. Only last year we saw an online petition to ban Donald Trump from entry to the UK. It garnered half a million signatures,” she began.

However, she reminded the audience that: “His freedom to speak protects my freedom to call him a bigot. His freedom guarantees mine.”

“Unless we take that absolute position, without caveats or apologies, we have set foot upon a road with only one destination. If my offended feelings can justify a travel ban on Donald Trump, I have no moral grounds on which to argue that those offended by feminism or the fight for transgender rights, or universal suffrage, should not oppress campaigners for those causes.”

She concluded by warning: “If you seek the removal of freedoms from an opponent, simply on the grounds that they may have offended you, you have crossed a line to stand alongside tyrants who imprison, torture, and kill on exactly the same justification.”

You can watch her speech, below: