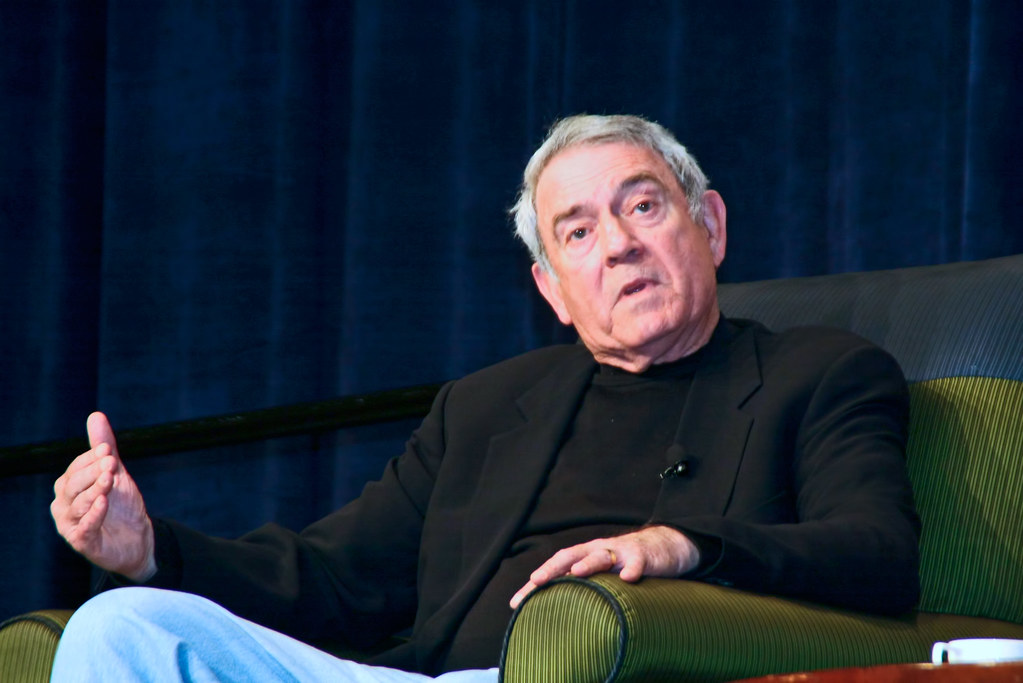 Rather began by writing that no “objective and fair journalist” or “citizen who cares about the country and its future can ignore what Donald Trump said.”

“When he suggested that ‘The Second Amendment People’ can stop Hillary Clinton he crossed a line with dangerous potential. By any objective analysis, this is a new low and unprecedented in the history of American presidential politics,” he continued.

“This is no longer about policy, civility, decency or even temperament. This is a direct threat of violence against a political rival. It is not just against the norms of American politics, it raises a serious question of whether it is against the law. If any other citizen had said this about a Presidential candidate, would the Secret Service be investigating?”

Rather goes on to write that the Trump campaign will “undoubtedly” try to spin his comments, that “some of his surrogates are already engaged in trying to gloss it over.”

“It’s called the power of unification — 2nd Amendment people have amazing spirit and are tremendously unified, which gives them great political power. And this year, they will be voting in record numbers, and it won’t be for Hillary Clinton, it will be for Donald Trump,” the statement read.

Rather dismisses these kinds of explanations, writing that “once the words are out there they cannot be taken back. That is what inciting violence means.”

“To anyone who still pretends this is a normal election of Republican against Democrat, history is watching [a]nd I suspect its verdict will be harsh,” he continued.

Writing that “We are a democratic republic governed by the rule of law,” that “We are an honest, fair and decent people,” Rather quoted “our greatest political poet Abraham Lincoln for perspective.”

“We are not enemies, but friends. We must not be enemies. Though passion may have strained it must not break our bonds of affection. The mystic chords of memory, stretching from every battlefield and patriot grave to every living heart and hearthstone all over this broad land, will yet swell the chorus of the Union, when again touched, as surely they will be, by the better angels of our nature.”

Rather concluded with the following admonition: “Lincoln used these stirring words to end his First Inaugural Address. It was the eve of the Civil War and sadly his call for sanity, cohesion and peace was met with horrific violence that almost left our precious Union asunder. We cannot let that happen again.”