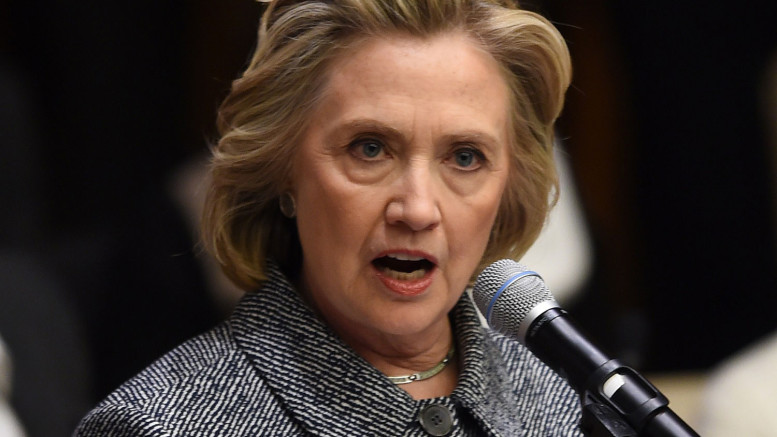 As The Daily Beast reports, MassRafTer has fooled the likes of Donald Trump, Jr., as well as “Trump supporters on Twitter and Facebook, a Fox News contributor, and even radio hosts like Hal Turner,” as reported by The Daily Beast.

Chris from Massachusetts who declined to give The Daily Beast his last name has been duping Trump supporters with intentionally impossible-to-believe fake leaked documents for a few months now, according to The Daily Beast.

“The wonderful thing is this is the third time 55 dipshits per minute have fallen for my Photoshop and MSPaint work,” Chris told The Daily Beast referring to a fake expense report he tweeted last week – supposedly from the Clinton Foundation.

McMullin put out a statement on Saturday denying that he took $12,000 from the Clinton Foundation and posted a disclaimer on his website calling the document “The Silliest Meme on the Internet,” explaining that: “Of course, it’s a lie. But it’s not just a lie. It’s a dumb and desperate lie.”

He even put up a tweet stating: “I have no relationship to the Clinton Foundation. I oppose both Hillary Clinton and Donald Trump.”

I have no relationship to the Clinton Foundation. I oppose both Hillary Clinton and Donald Trump https://t.co/3xhefyF49H

Most notably, he posted a fake document purportedly from Clinton’s campaign headquarters to Public Policy Polling advising they were ending their contract due to their poor polling showing Clinton ahead by a mere five points.

“Your latest poll is unacceptable. We aren’t paying you $760,000 per month to show a FIVE POINT LEAD. Are you trying to make Trump win? We will be ending our contract with your company unless results improve quickly.”

The Daily Dot report that “Within the first four hours, the message was retweeted by more than 800 other accounts, including Trump Jr.,” to his “nearly 630,000 followers.”

MSNBC’s All In With Chris Hayes did a two-minute clip on the tweet back in September.

Chris began his tweets with a test, telling The Daily Beast that the first document he tweeted “was made to be as fake looking as possible just to see if people would buy it. Now 90 percent unbelievable would be a good number,” Chris said.

“Maybe, just maybe the true believers who retweet this stuff gleefully look a little less credible every time,” Chris continued., “Trump supporters use these for their own, or cite my previous hoaxes to prove new ones are real,” he added.

One of his recent posts explains a possible reason why the Khans, the Muslim parents of a slain American soldier, spoke at the Democratic National Convention drawing wrath of Donald Trump for days.

DID THE CLINTONS PAY THE SHARIA LAW CENTER SO THE KHANS WOULD SPEAK AT THE DNC?!?!?!??! #ASKQUESTIONS pic.twitter.com/C0HSB22LNg

Here’s a fun one showing all the Clinton Foundation’s hush money payments for “Mattresses” and “Nintendo NX Hush Money.”

Be sure to check out his Twitter page for more fun….