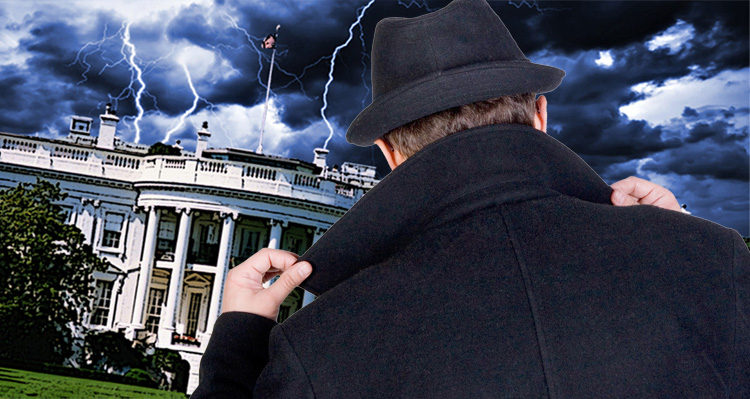 “The only possible reason for Trump to continue to refuse to release is tax returns is he has something big to hide. The question is what. Earth to Trump: Coverups never succeed. Ever.” ~ Robert Reich

Robert Reich, Clinton’s Secretary of Labor, has been busy serving, providing insightful commentary on the many failures of the Trump administration, publishing a list of 13 promises Trump has broken “so far” in an April 9th Facebook post, and posting a 17-point update for Trump voters on his Facebook and Twitter accounts this week.

Over the weekend, tens of thousands of protesters turned out demanding that Trump release his tax returns.

Organizers of “Tax March” in more than 150 cities across the country and beyond wanted to call attention to Trump’s refusal to disclose his tax history, as his White House predecessors have done for more than 40 years.

In New York, thousands brandished signs, with some that read “You got the birth certificate, show us your taxes” and “No Hidden Figures!” Groups chanted slogans like “You can’t build a wall, your hands are too small” and “This is what democracy looks like” as they marched up Sixth Avenue to Trump Tower.

In Washington, D.C., more than a thousand demonstrators stood in the shadow of the Capitol to insist that the president defend his American-first agenda by proving that he is not financially entangled with foreign governments.

Reich weighed in on his Facebook page, writing a series of posts regarding Trump’s refusal to release his tax returns.

Reich got to the core of the issue in his first post from Saturday, April 15th – a point he continues to hammer:

Here’s the central point, and key question – and it’s the same question as to why Trump won’t reveal who’s visiting the White House, and why he’s spending so much time and energy resisting investigations into possible collusion between his campaign and Russian operatives:

What is [he] trying to hide?

On Sunday, he published a follow-up post bashing Trump for his angry and paranoid response to Saturday’s protests and pointing out that releasing his tax returns would help his administration build trust with the American people.

How did Trump react to yesterday’s Tax Marches across America, demanding he disclose his tax returns? Exactly as Trump always reacts to opponents – with anger and paranoia.

His early-morning tweet today: “Someone should look into who paid for the small organized rallies yesterday. The election is over!” [link added]

Ivanka and Jared should suggest to Trump (since apparently no one else can reach him) that people who disapprove of him — the vast majority of Americans — might have some valid reasons. Among them is they don’t trust him. Releasing his tax returns could help.

Shortly afterwards, Reich published his update to Trump voters which included Trump’s tax returns: “He said he’d release his tax returns, eventually. You bought it. He hasn’t, and says he never will.”

Monday, Reich published a detailed criticism of Trump’s refusal to release his taxes.

“Tomorrow is the deadline for most Americans to pay their 2016 taxes. It’s a perfect day for Trump to release his tax returns – which every president has done since Richard Nixon,” he began.

“Asked whether the president would authorize the IRS to confirm the existence of audits involving his returns, Spicer didn’t answer. ‘We’re under the same audit that has existed, and nothing has changed,” Spicer said. ‘The American people understood when they elected him in November.'”

Concluding his post, Reich writes: “The only reasonable question is: What is Trump trying to hide?”

Reich’s latest post from late Monday night/early Tuesday morning returns to his central point: “The only possible reason for Trump to continue to refuse to release [h]is tax returns is he has something big to hide. The question is what. Earth to Trump: Coverups never succeed. Ever.”