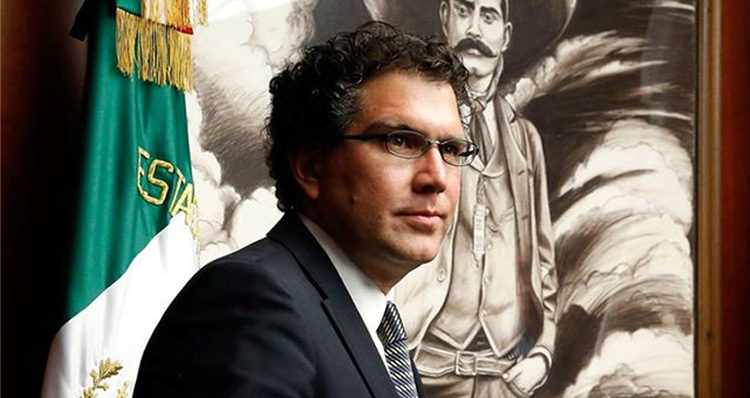 Mexico drops a mega truth-bomb on Trump, thoroughly humiliating him for acting like a “spoiled child.”

Trump announced on Wednesday that he was prepared to sign an executive order withdrawing from NAFTA but reversed himself shortly thereafter after he received calls from the leaders of Canada and Mexico.

However, as The New York Times reported on Thursday, Mexico has finally figured out that Trump is nothing more than a “bluffer” at a poker table.

Wednesday, the suggestion from the White House that Mr. Trump was finalizing an executive order to begin the process of withdrawing the United States from Nafta revealed a different, more experienced Mexico: one learning to live with what it considers Mr. Trump’s bluster and stagecraft, and not inclined to react publicly too quickly.

“It seems like he’s sitting at a poker table bluffing rather than making serious decisions,” said Senator Armando Ríos Piter, a Mexican legislator. “In front of a bluffer, you always have to maintain a firm and dignified position.”

Continuing, The New York Times reported that: “The day’s vicissitudes left many Mexicans with a bit of whiplash — the Mexican peso took a nose-dive — but also with a mild sense of satisfaction that they were finally learning to read the American president.”

As the story unfolded on Wednesday, the consensus seemed to be that Trump was mainly grandstanding for his voting base according to The New York Times report.

Arturo Sarukhán, a former Mexican diplomat to the United States, stated that: “The generous analysis would be that he’s playing brinkmanship and trying to up the ante. This is a way to sort of rattle the scabbard and say that he’s got a saber in it and say, ‘If you don’t agree to my demands, then I’m going to end up pressing the nuclear button.’”

Rafael Fernández de Castro, an expert on United States-Mexico relations at the Autonomous Technological Institute of Mexico in Mexico City, was more direct – equating Trump’s behavior as that of a “spoiled child.”

“Clearly, in Mexico, this should be seen as a type of tantrum of a spoiled child who did not get the presents he expected for his birthday, for the 100 days,” he stated.

This comes in the wake of last week’s tweet and Facebook posts by Vicente Fox, the president of Mexico from 2000 to 2006, who mocked Trump for downplaying the importance of his first 100 days in a tweet.

However, Fox was quick to remind the world that Trump himself set the agenda, tweeting a screenshot of “Trump’s Contract with the American Voter” from his campaign website.