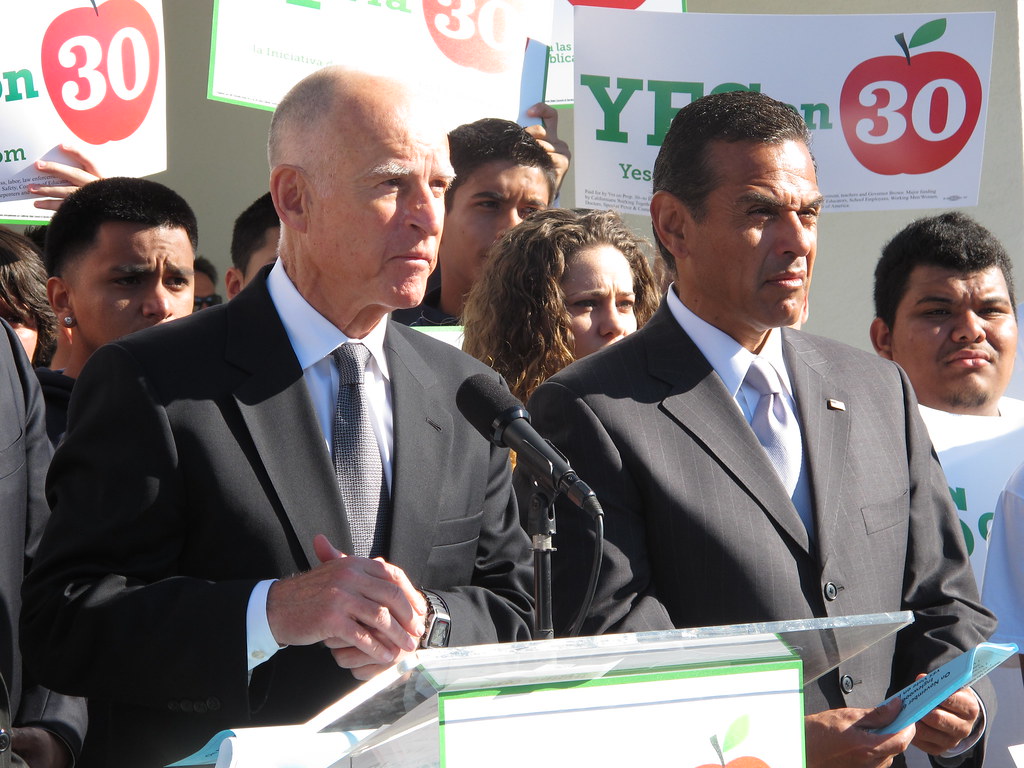 California’s political war with Trump reached a new level as lawmakers and law enforcement officials push back against the Trump administration’s “fear-mongering and falsehoods.”

California has been spearheading the political war against Trump from the time he won the election, with Kevin de León and California Assembly Speaker Anthony Rendon releasing a “Joint Statement from California Legislative Leaders on Result of Presidential Election” the morning after the election, detailing their plan to “lead the resistance” to any efforts by President-elect Trump to “reverse generations of progress.”

With Democrats dominating all three branches of government and being the largest state in the country, California is uniquely qualified to take the lead in the war with Trump. As Bloomberg reported shortly after the election, “With the largest economy in the U.S. and the sixth-largest in the world, the state enjoys greater independence from Washington than most.”

The first week of April, California lawmakers escalated their political war on the Trump regime when the State Senate advanced a bill to make California a sanctuary state for immigrants who are in the country illegally.

ABC News reported at the time that the bill, Senate Bill 54, was passed in the Senate by a 27-12 vote. Senate President Pro Tem Kevin De Leon stated at the time that “We will cooperate with our friends at the federal level with serious and violent felons. But we won’t cooperate or lift a finger or spend a single cent when we’re talking about separating children from their mothers, mothers from their children. That’s not who we are as a great state.”

CNN added that De Leon hailed the bill’s passage as “a rejection of President Trump’s false and cynical portrayal of undocumented residents as a lawless community.”

That political war took a turn for the worse last Friday when the U.S. Department of Justice sent a letter to the California Board of State and Community Corrections threatening to withhold federal funds if it does not cooperate with federal immigration authorities seeking to detain and possibly deport undocumented individuals.

The Sacramento Bee reports that “The U.S. Department of Justice signaled its intent Friday to follow through on a widespread immigration crackdown promised by President Donald Trump, warning “sanctuary” jurisdictions across the nation, including California, that the federal government would withhold law enforcement funds if they don’t cooperate with immigration authorities.”

The Sacramento Bee reports that the letter stated that:

The letter “directed cities and counties to prove they are complying with federal law and submit documentation by June 30,” according to The Sacramento Bee.

“California has a right to determine how it will provide for the safety and general welfare of its residents and to safeguard their constitutional rights. Fear-mongering and falsehoods will not intimidate our state into compromising our values. Federal threats to take away resources from law enforcement or our people in an attempt to bully states and localities into carrying out the new administration’s unsound deportation plan are reckless and jeopardize public safety.”

Senator De Leon issued a statement as well, warning that the State of California would fight back:

“It has become abundantly clear that Attorney General Sessions and the Trump administration are basing their law enforcement policies on principles of white supremacy – not American values. Their constant and systematic targeting of diverse cities and states goes beyond constitutional norms and will be challenged at every level.”

California has the Ability to Retaliate Financially

Additionally, in late January of this year, San Francisco CBS affiliate KPIX 5 reported that “the state of California is studying ways to suspend financial transfers to Washington after the Trump administration threatened to withhold federal money from sanctuary cities.”