November 5, 2017 by Samuel Warde No Comments 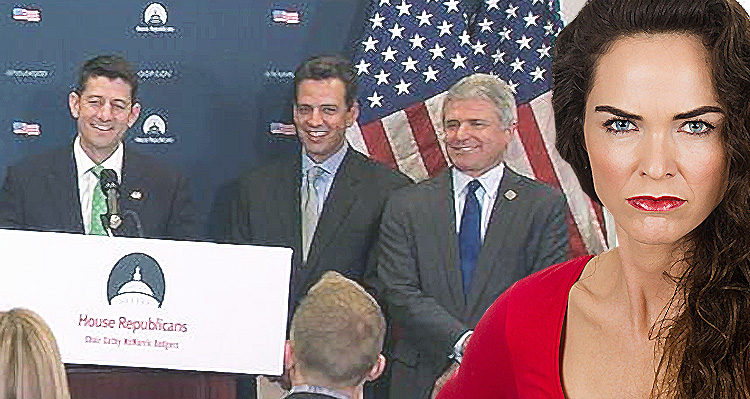 Buried in the 420 pages of the GOP tax bill are 14 popular tax breaks that will be going away if Republicans get their way.

Conservative business magazine Forbes weighed in on the House Republicans’ tax bill, writing that there are “six popular” tax breaks that you will lose if the GOP bill is approved in its current form.

Forbes contributor Tony Nitti weighed in on the Republicans’ new tax bill this week for the noted conservative magazine.

As Nitti’s bio notes, he is a “Tax Partner in WithumSmith+Brown’s National Tax Service Group and the founding father of the firm’s Aspen, Colorado office. I am a CPA licensed in Colorado and New Jersey, and hold a Masters in Taxation from the University of Denver. My specialty is corporate and partnership taxation, with an emphasis on complex mergers and acquisitions structuring.”

As Nitti wrote: “[L]et’s take a look at six tax breaks that you very likely didn’t realize you will lose if today’s bill becomes law.”

#1: Divorce just got even more expensive: “Under current law, alimony payments are deductible by the payor, and considered taxable income to the payee,” However, “the House bill eliminated the deduction for alimony.” As to anticipated revenue gains for the government, “because the bill also makes alimony tax-free to the recipient… it raises only $8 billion over ten years.”

#2: Don’t be in a rush to sell your house: Under the current system, you can deduct up to $500,000 of the gain if you sell your home provided “you have owned and used the home as your primary residence for two of the prior five years.” Under the new bill, that figure increases to “five of the prior eight years.”

#3: Don’t get sick. Or move. Or go back to school. Or do anything, really: As Forbes reported, currently “taxpayers may deduct medical expenses incurred to mitigate, diagnose, treat a disease. Today’s bill would eliminate the deduction for all medical expenses.” The new House bill also eliminates your deduction if you have to move for a new job. The bill also eliminates much of the tax incentive to return to school “for a graduate degree in your particular business field.

#4: Every day will be “Bring your kid to work day:” “Similar to educational assistance, an employer may pay directly or reimburse up to $5,000 for an employee’s dependent care expenses, without the employee having to recognize the income. This allows the employee to seek care for a child under 13 on a tax-free basis.” Under the new House bill all that goes away.

#5: You didn’t think it was possible, but somehow your student loans just became a BIGGER hassle: As Forbes, wrote: “The House bill would eliminate the deduction for student loan interest.”

#6: Time to fire your tax preparer: “The House bill eliminated the deduction for tax-prep fees.”

USA Today prepared a longer list of tax breaks that are imperiled by the Republican tax bill. Their list included several of the ones noted, above, but also included the following 8 items not listed by Forbes, taking our total list to 14 items:

#8 “Classroom costs: Teachers could no longer write off the cost of supplies they buy.

#9 “College boosters: Sports fans would no longer be able to deduct 80% of the cost of donations to colleges if they are made only to become eligible to buy seats for games or get preferences such as prime parking spots.

#10 “Disaster losses: Currently, losses from theft or events such as flood, fire or tornado that exceed 10% of adjusted gross income are deductible. The bill would repeal that deduction, with one exception — disasters given special treatment by a prior act of Congress.

#11 “Employee achievement awards: Complicated rules that allowed some cash awards from employers to be tax-free to the worker would become taxable.

#12 “Employer-provided housing: Rules allowing for some workers to get housing and meals tax-free from their employers would face a new cap of $50,000, and benefits would be phased out for those earning more than $120,000.

#13 “Rare disease research: A credit for 50% of the cost of clinical testing of drugs for rare diseases and conditions would be repealed.

#14 “Work perks: Employers could no longer deduct the cost of workplace gyms, entertainment, amusement or recreation activities, facilities, or membership dues relating to social purposes. An exception is provided for benefits are treated as taxable compensation for the employee.”