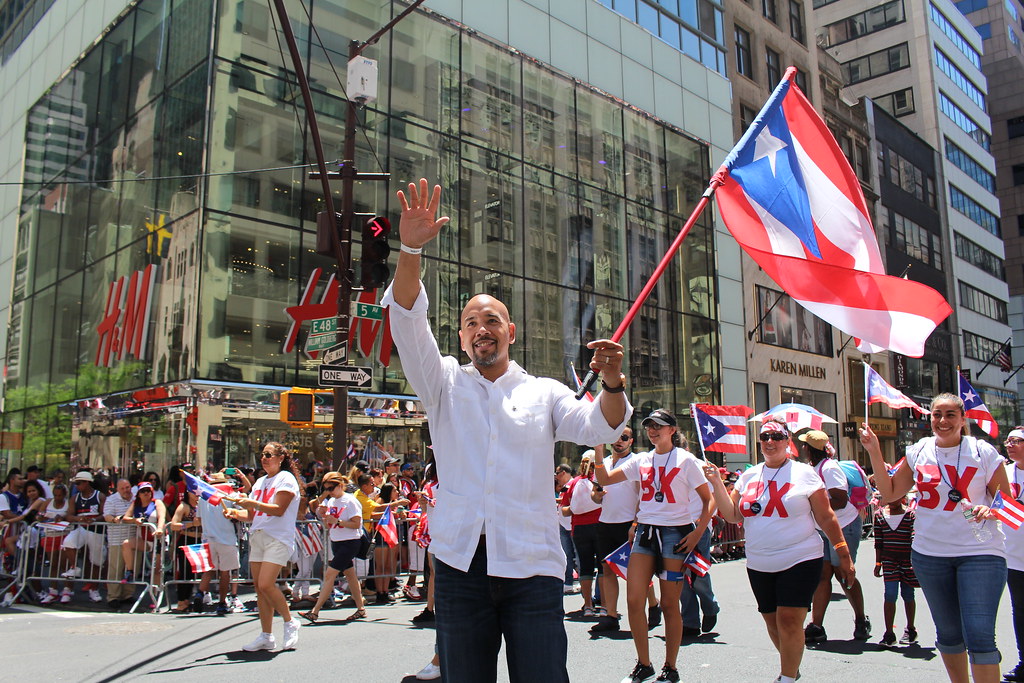 Puerto Ricans set to have the last laugh over Trump’s disastrous response to Hurricane Maria.

The Atlantic reported that:

From a meteorological standpoint, Maria was nearly a worst-case scenario for the territory: The center of a huge, nearly Category 5 hurricane made a direct hit on Puerto Rico, lashing the island with wind and rain for longer than 30 hours. “It was as if a 50- to 60-mile-wide tornado raged across Puerto Rico, like a buzz saw,” Jeff Weber, a meteorologist at the National Center for Atmospheric Research, has told Vox.

The response of the Trump administration to the hurricane was less than efficient by any measure, further complicating the devastation. Remember, Trump waited six full days before holding a Situation Room meeting on the disaster.

Then there was the feud that erupted between Trump and San Juan Mayor Carmen Yulín Cruz after she reached out to him, literally begging for assistance. Cruz spoke to reporters at a September 29 press conference warning that if relief efforts aren’t quickly stepped up “what we we are going to see is something close to a genocide.”

“We are dying here,” Cruz tearfully spoke at the press conference, adding: “I cannot fathom the thought that the greatest nation in the world cannot figure out the logistics for a small island of 100 miles by 35 miles. So, mayday we are in trouble.”

True to form, Trump lashed out at Cruz – attacking her leadership during a multi-part Saturday morning Twitter-Tantrum.

The Mayor of San Juan, who was very complimentary only a few days ago, has now been told by the Democrats that you must be nasty to Trump. Such poor leadership ability by the Mayor of San Juan, and others in Puerto Rico, who are not able to get their workers to help. They want everything to be done for them when it should be a community effort.

A couple of weeks later, Trump was at it again, despite the fact that the number of people on that beleaguered island without electricity was still rising; that people without access to clean drinking water were breaking into government toxic waste sites so their families wouldn’t die of thirst; that all those supplies and personnel are languishing on the docks and in offices without the benefit of a leader to organize a response.

According to Trump, the people of Puerto Rico have no one but themselves to blame, and we can’t be there FOREVER – even though the island that is part of this country, whose citizens are American citizens. It appeared that Trump was sick and tired of their whining. After all, he managed to distribute supplies. Remember when he threw all those paper towels at the crowd? I mean, really, what more do those people want?

In one of the most despicable acts by an American politician, Trump took to twitter again, lashing out at Puerto Rico.

Puerto Rico survived the Hurricanes, now a financial crisis looms largely of their own making.” says Sharyl Attkisson. A total lack of accountability says the Governor. Electric and all infrastructure was disaster before hurricanes. Congress to decide how much to spend. We cannot keep FEMA, the Military & the First Responders, who have been amazing (under the most difficult circumstances) in P.R. forever!

Then, in the irony of all ironies, after spewing his hatred all over Twitter for the entire world to see, he bleats about how unfairly he’s been treated, ignoring the FACT that the news is just reporting what he does – or does not do. Like helping out American citizens in the direst of need just because they are the wrong color and speak the wrong language.

The Fake News Is going all out in order to demean and denigrate! Such hatred!

However, as the Miami Herald reported last week, the exodus of Puerto Rican’s to Florida is likely to turn the electoral tide of the state against Trump.

Maybe Puerto Ricans will have the last laugh after President Donald Trump’s disastrous response to Hurricane Maria: More than 156,000 Puerto Ricans have moved to Florida — a key swing state in U.S. elections — since the storm hit the island in September.

That little-known figure should make Republicans nervous. If Puerto Rican voters’ past behavior is any indication, most of the new arrivals will vote Democratic.

Continuing, the Miami Herald reported that:

“Politically, this is more than a big deal — it’s transformational,” Fernand Amandi, head of the Miami-based Bendixen & Amandi polling firm. Under their current status, Puerto Ricans are U.S. citizens who cannot vote in U.S. elections while they are on the island, but who can do so as soon as they move to the mainland.

In the past three presidential elections, more than 75 percent of Puerto Ricans in Florida have voted for the Democrat, Amandi told me. Even if many of the recent arrivals returned to Puerto Rico once the island’s economy gets on its feet, a significant surge in Puerto Rican voters in Florida would make a huge difference in future elections, he said.

“Even 15,000 or 20,000 additional Puerto Rican voters in Florida could determine the next president of the United States,” Amandi said.

If Puerto Ricans already tended to vote Democratic before Trump’s slow and clumsy response to Hurricane Maria, they are much more likely to do so now.