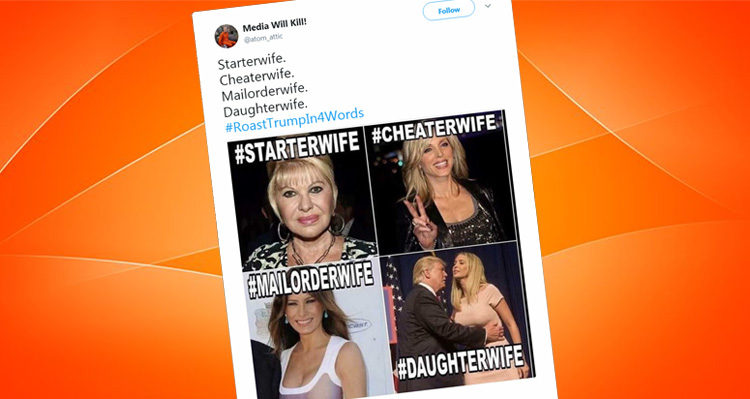 Trump’s Thanksgiving humiliation is near complete as Twitter mocks him in hilarious fashion.

Everyone from politicians to pundits, from celebs to social media, has been mocking him for spending another long weekend at one of his golf resorts.

The Guardian reports that Trump has been at his Mar-a-Lago property in Florida since Friday and is set to break the golfing records of both his predecessors by a long shot.

CNN reports that: “Trump could be on track to spend as much as triple the time former President Barack Obama did on the golf course in his first year in office — and to play more than former President George W. Bush did in eight years in office.”

And then there is his near total humiliation after posting a Tweet on Thursday, claiming that he had turned down the offer to be Time Magazine‘s “Man (Person) of the Year.”

It seems that everyone took a jab at Trump for that one, beginning with both Time Magazine and Alan Murray, Time Inc.’s chief content officer, who took to their Twitter accounts to dispute Trump’s claim.

We have included a few favorites, below.

Our first example: “WORST PRESIDENT IN HISTORY,” is a rather obvious stab:

Caroline O, a frequent thorn in Trump’s side, nailed it when she tweeted: “Read. His. Twitter. Feed.”

And here’s a couple more to finish off our sampling of tweets: