Obama Shows Trump How A Real President Behaves, Putting Him To Shame For His Crass Self-Indulgent Hypocritical Bigotry 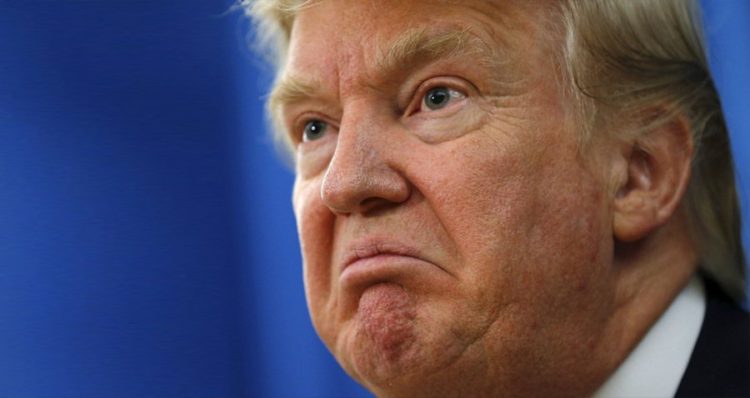 One simple tweet by Obama reminds the world what it was like having a president with class.

Coretta Scott King, MLK’s widow, wrote an inspiring article for The King Center explaining the “meaning of the King holiday.”

She began her article, writing:

The Martin Luther King, Jr. Holiday celebrates the life and legacy of a man who brought hope and healing to America. We commemorate as well the timeless values he taught us through his example — the values of courage, truth, justice, compassion, dignity, humility and service that so radiantly defined Dr. King’s character and empowered his leadership. On this holiday, we commemorate the universal, unconditional love, forgiveness and nonviolence that empowered his revolutionary spirit.

We commemorate Dr. King’s inspiring words, because his voice and his vision filled a great void in our nation, and answered our collective longing to become a country that truly lived by its noblest principles. Yet, Dr. King knew that it wasn’t enough just to talk the talk, that he had to walk the walk for his words to be credible. And so we commemorate on this holiday the man of action, who put his life on the line for freedom and justice every day, the man who braved threats and jail and beatings and who ultimately paid the highest price to make democracy a reality for all Americans.

She concluded her article calling on Americans to follow King’s example and to “serve humanity” with “unconditional love.”

We call you to commemorate this Holiday by making your personal commitment to serve humanity with the vibrant spirit of unconditional love that was his greatest strength, and which empowered all of the great victories of his leadership. And with our hearts open to this spirit of unconditional love, we can indeed achieve the Beloved Community of Martin Luther King, Jr.’s dream.

May we who follow Martin now pledge to serve humanity, promote his teachings and carry forward his legacy into the 21st Century.

America, as well as the world, celebrated King’s life with fitting tributes, such as the one posted by Sally Yates, the former Acting Attorney General who was fired by Trump after she instructed Justice Department officials that Trump’s immigration order was neither defensible in court, nor upheld by the Constitution.

“The arc of the moral universe bends toward justice, but it doesn’t get there on its own. ‘In the end, we will remember not the words of our enemies, but the silence of our friends.'” she tweeted, quoting Martin Luther King, Jr.

The arc of the moral universe bends toward justice, but it doesn’t get there on its own. “In the end, we will remember not the words of our enemies, but the silence of our friends.” Martin Luther King, Jr.

True to form, Trump completely ignored the holiday – opting instead to throw a Twitter-Tantrum over the Deferred Action for Childhood Arrivals program, otherwise known as DACA.

Egocentric to the end, Trump quoted comments he made Sunday evening to reporters at his resort at Mar-a-Lago in Florida, as conceded by Fox News.

…to stop drugs, they want to take money away from our military which we cannot do.” My standard is very simple, AMERICA FIRST & MAKE AMERICA GREAT AGAIN!

In stark contrast, President Obama took to his Twitter account to honor the memory of MLK, tweeting: “Dr. King was 26 when the Montgomery bus boycott began. He started small, rallying others who believed their efforts mattered, pressing on through challenges and doubts to change our world for the better. A permanent inspiration for the rest of us to keep pushing towards justice.”

Dr. King was 26 when the Montgomery bus boycott began. He started small, rallying others who believed their efforts mattered, pressing on through challenges and doubts to change our world for the better. A permanent inspiration for the rest of us to keep pushing towards justice.

As The Washington Post reported at the time: “The Obamas joined residents of the Jobs Have Priority Naylor Road Family Shelter to paint a display of the slain civil rights activist on a wall in the community room. The mural features a large rendering of King’s face surrounded by butterflies, under the words “‘Wall of Hope.’”

Trump started out MLK weekend by lashing out at civil rights leader Rep. John Lewis (D-GA), decrying him on Twitter Saturday as “all talk, talk, talk – no action or results.“

All talk? No action? No results?

The Guardian reported on Trump’s tweet, noting that, “Lewis, who was beaten by state troopers during the historic 1965 march over the Edmund Pettus Bridge in Selma, Alabama, is the first leading Democrat to publicly question Trump’s right to govern. The 76-year-old congressman from Georgia, seen by some as the moral conscience of the nation, will boycott Trump’s inauguration, the first he has missed since becoming a member of Congress three decades ago.”

“The criticism of US congressman John Lewis came on the day of a civil rights march in Washington aimed at Trump’s incoming presidency, two days before America observed the annual Martin Luther King Jr Day and six days before the country’s first black president left office.”

And to make matters worse, as the New York Daily News reported: “Trump canceled plans to spend Martin Luther King Day at the Smithsonian Museum of African American History and Culture — losing a chance for much-needed goodwill after his feud with a civil rights leader.”

Instead he opted to double-down on his criticism of Rep. Lewis.

John Lewis said about my inauguration, "It will be the first one that I've missed." WRONG (or lie)! He boycotted Bush 43 also because he…

"thought it would be hypocritical to attend Bush's swearing-in….he doesn't believe Bush is the true elected president." Sound familiar! WP